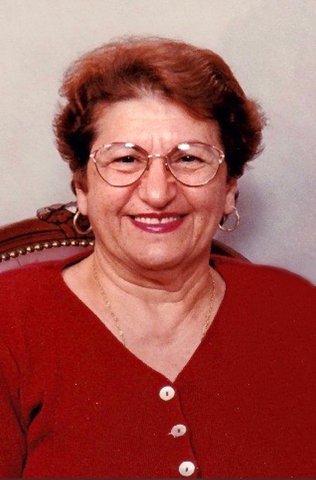 Zina and her family fled Russia for Iran in 1938 due to political unrest. In 1953, at the age of 15, Zina married Pirou “Pierka” Piro. She had four children: George, Ramson and the twins Romeo and Ramin.

Zina was widowed when her husband, Pirou, died on February 26, 1966. In the future, she was determined to provide a better future and a better life for her children. On February 10, 1972, Zina and her four boys left Iran for Yonkers, New York. There, Zina worked for Super X Computer Company as an electronic collator. Zina and her children finally chose Turlock, Calif., As their home in October 1978. She worked at Brandel Manor as a diet cook for over 10 years until her retirement. Her daily life as a single mother involved managing many tasks; she was a provider, a housewife and, above all, a caring and loving mother.

Zina gave her eldest son George in Heaven on March 4, 2011. She is survived by her three sons and their respective families: Ramson, Helen, Lauren and Nathaniel; Romeo, Ardémis, London and Presley; Ramin, Vivian and Roman, as well as his stepdaughter, Mary. Zina is survived by her beloved sister-in-law, Dariko Pirouti. She is also survived by Amy Bublak, whom she kissed as her daughter for over 35 years. Zina’s essence and deepest love were her children, grandchildren, siblings, nieces, nephews, extended family and friends.

Zina illustrated the true meaning of family. She has enjoyed her life raising her sons and surrounding herself with loved ones not only for all holidays and special occasions, but for every day. She enjoyed cooking, baking, sewing, making jewelry, and occasionally visiting the casino. Zina did not know any strangers and sincerely welcomed everyone with open arms to her home.

His earthly journey resulted in a peaceful transition to Heaven on July 10 of this year. Zina was surrounded by all her family as the angels guided her to Heavenly Father. She is now with her parents, her son, George, her sister, Vardeh and other family members and relatives.

A woman of faith, she was a devoted member of the Eastern Assyrian Church – Mar Addai Parish. A funeral service was held for her on Friday July 16. After the funeral, Zina was buried at Turlock Memorial Park, 575 N. Soderquist Rd., Turlock.

My most memorable interview with a residential school survivor