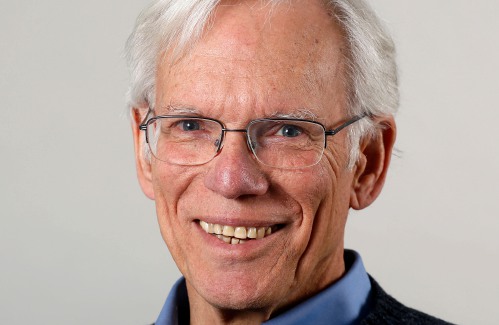 In 1965, after graduating from high school, I decided to work on an assembly line in a small factory. The job paid more than mowing the lawns in my neighborhood and offered me the opportunity to work predictable hours indoors. Five of us worked on the small assembly line filling spray cans with various viscous products ranging from DW 30 oil to pancake batter. Because we had a small workforce, our jobs were not limited to a single task. We swept the floors, washed the windows, loaded the “product” into the assembly line vats which in turn filled the aerosol cans; we manually placed the little red tips on the spray cans and attached the plastic caps to the top of the cans.

When I accepted this summer job, I had no idea the relevance of my first co-op job a year later at Ford Motor Co.’s Rouge Engine Plant in Dearborn, Michigan, or of my future career as a school. administrator. My job at Ford as a trainee industrial engineer was to observe and analyze the tasks each employee performed while assembling engines for various Ford products. I did this by observing the succession of manual tasks carried out by the workers and carefully timing them to ensure that everyone’s work was optimized. It was quite a leap from the small factory in my hometown to the biggest assembly line in the world. Rouge Engine’s factory not only housed hundreds of workers on multiple assembly lines on three shifts, but it employed dozens of engineers who designed and managed the workflow, monitored the quality of the process, and constantly reviewed the process to make it more efficient.

Eight years later, as a graduate student at the University of Pennsylvania, I read Education and the Cult of Efficiency, a thought-provoking book on the history of public education by Raymond Callahan. First published in 1962 after years of research, Callahan’s work described the period from 1900 to 1930 when school administrators began to think of themselves as “‘school executives’ rather than scholars and philosophers of education”. The book describes the consequences of this change in mentality, which led administrators to see schools as factories, teachers as assembly line workers and students as “products”. With this framework in place, the “school executives” developed “work standards”, “quality control parameters” and workflow requirements. As administrators replaced the language of academia with the language of business, they began to focus relentlessly on tax efficiency, which, in turn, led to the creation of ever larger consolidated school districts, to the construction of ever larger school buildings and to the movement towards uniformity of schooling across the country. This obsession with efficiency subtly but consistently reinforced the notion that “schools are factories” and the notion that, through the application of business principles, it would be possible to provide a cost-effective means of teaching all children.

Callahan’s book predates the “accountability movement” that swept public schools nationwide in the late 1970s when I was in college, a movement that used standardized test scores as the primary “measure of quality”. Following the passage of No Child Left Behind legislation at the turn of the 21st century, every state in the union adopted test scores as an indicator of school quality, and states passed laws requiring schools achieve minimal test scores or be shut down. Two decades later, although there is no evidence that these laws have improved schools, they remain in place and serve as de facto state-level programs.

Callahan’s book also predated the late 21st century compulsion to measure “productivity” and “quality” through the collection of data in all phases of work. Technology allows employers to account for every second of an employee’s time. While this close monitoring results in fewer bathroom breaks for employees and less time spent “off-duty”, such as a recent New York Times Jody Kanter and Arya Sundaram’s article reports, this time tracking is often flawed and the accompanying micro-management corrodes organizational morale, especially when applied to human services, care and counseling. As one supervising social worker lamented, “I had a really hard time explaining to everyone on my team, the masters-level clinicians, why we were counting their keystrokes. »

Finally, Callahan’s book predates Big Data’s obsessive collection of information about how we spend our time, a key part of the “quantification of the whole economy” described in a recent Time article by Shira Ovid. Presumably, by limiting the time we “waste” on idle thoughts, doing crossword puzzles, or binging on Netflix, we’ll all be able to optimize our lives, as we all likely consider busyness and activity as the characteristics of efficiency and a good life. -LEDs.

Neither Time’ articles mention the role that computer-assisted instruction (CAI) could play in the future of public education. The CAI, which was becoming increasingly common in schools before the pandemic, has become a serious substitute for schooling. The City of Croydon recently passed a budget based on the assumption that CAI would replace its K-4 school and CAI is the mainstay of many home-schooling programs that New Hampshire is willing to subsidize instead of “public schools.” .

If Callahan were to revise his thesis on the efficient operation of public schools today, he would see the CAI as the ultimate end of the factory school. It tracks and monitors the time students spend on their work and offers personalized lessons that match the student’s skills and interests with minimal overhead.

The cult of efficiency has not gone away, but, as indicated throughout this essay, efficiency in schools and social services can only be achieved through objective measures that are relatively easy and inexpensive to administer, and therefore less labor intensive.

Applied to schools and any work requiring a human touch, the cult of efficiency has taken away much of the creativity and joy of work with its coldly objective focus on standardized test scores or time spent on task. . The obsession with efficiency and technology corrodes the work culture and contributes to the Great Resignation.

If we hope to change the culture of work in the future, we will have to rethink our obsession with efficiency, because efficiency is the enemy of joy.

Feds change names of 650 places, including several in Colorado, with racist term for Native women