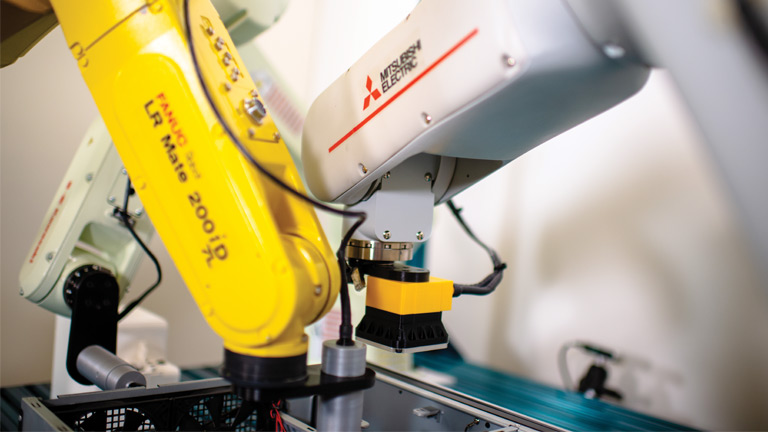 Unlock the use of robotics in the automobile

The robot revolution has been overdue for decades, but still hasn’t arrived. Every year, automakers and their suppliers buy thousands of robots, far fewer than expected. Robots are just not being used as widely as they could be, due to several obstacles that have persisted for much longer than expected. These barriers to adoption can ultimately become missed opportunities to increase a country’s manufacturing capacity and improve its supply chains.

With the pandemic exacerbating commodity shortages and highlighting the ease with which critical supply chains can be disrupted, there has never been a better time to focus on technologies and solutions that can help strengthen markets. national capacities of the country. Recent executive orders show this will be a goal of the Biden administration, so now is the time to act.

Broadly speaking, there are three barriers to the wider adoption of robotic automation in the automotive industry. First of all, the cost remains too high. The cost includes not only the purchase of the robots themselves, but also several other significant related costs. Typical robotic work cells require extensive technical coordination. The simple deployment of one or more robots in a work cell is an expensive task. Then, once the work cell has been designed, the robots must be programmed. Programming robots is the bane of many engineers and manufacturers who have to pay them to do it. The high cost of deploying robotics cannot be amortized by anyone who manufactures small volumes of products or low value products and has even proven difficult for suppliers to afford large scale deployment. Recent findings from the International Federation of Robotics show that on average 75% of the lifetime operating costs of industrial robots come from programming. At each change of task, the application must be reprogrammed.

A second barrier to adoption is inflexibility. Once you’ve designed your work cell and programmed your robots, you’re good to go, as long as you never change what you do. Any change, whether it is a new robot or a variation in the manufacturing process, requires reprogramming (at a minimum) and most likely begins a process of reengineering and revalidation of the work cell to change the robot placement. This rigidity makes robotics impractical for anyone who manufactures a variety of products with small volumes.

The third obstacle is the low marginal benefit of adding robots to work cells. Programming a single robot is a challenge; Programming multiple robots to work in a shared space, without collisions, is an extraordinarily difficult task that consumes months of engineering time. In fact, multi-robot programming is so difficult that engineers are making simplifications to shorten programming time at the expense of drastically reduced efficiency.

The most common simplification is the use of “interference zones”, which prohibit more than one robot from being in a space that could be reached by more than one robot, even if, in practice, several robots could frequently share such spaces without collision. Due to the use of interference zones, it is not uncommon to find that a work cell with four robots achieves performance less than twice that of a robot. This low efficiency of multi-robot work cells reduces the use of robots, even in companies that can afford it.

If we are to unleash the potential of robotics, we must lower the barriers to adoption. We want everyone in the automotive sector to be able to use robotics more. Since the cost of robots and engineering time is unlikely to decrease, the main levers under our control are deployment and programming time and expenses.

To achieve our goals, we need robots adaptable to their current situation, allowing them to operate in relatively unstructured work cells. Adaptability, in turn, depends on two capabilities: reliable vision and rapid movement planning:

Asking engineers to reason on the trajectories of several arms while choreographing all of their movements is not a path to success. The auto industry needs new software tools that take most or all of this effort from engineers, so they can simply specify the tasks they want robots to perform, and the software generates the robot programs. These advancements would improve the productivity of any robot programmer in the same way that general (non-robotic) programming in a high-level language like Java or Python allows for much higher programmer productivity than assembly language programming. The key in both cases is to provide a higher level of abstraction for the programmer and to use software tools to automatically convert this easier to write code to what is needed at the lower level.

The robotics industry has not nearly reached its potential in the automotive manufacturing sector and the supply chain, but with innovations in just a few key areas, much greater value could be realized. The democratization of robotics would allow many car manufacturers to introduce additional robots and derive great benefit from them. Additionally, we could add to the value proposition by reducing costs and improving the marginal benefit of adding robots to work cells. The end result would be a sharp increase in domestic manufacturing capacity and an opportunity to create more reliable domestic supply chains, helping to better prepare the country for any future pandemic disruption of materials or labor.