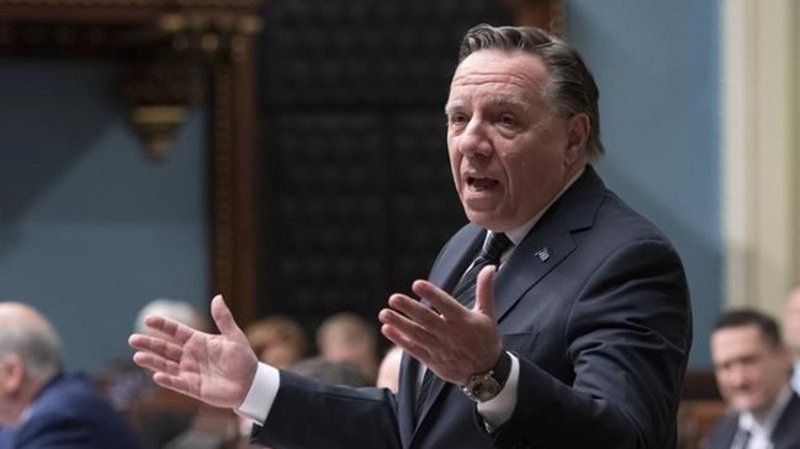 The use of French at home is only one indicator of linguistic health: Quebec demographers

“If there is no one in Quebec who speaks French at home, it means that French will eventually disappear,” he said at a press conference in Quebec.

Alain Bélanger, professor of demography at the National Institute for Scientific Research, says it is clear that the number of people who speak French at home is decreasing due to the growing number of allophone immigrants, whose mother tongue is not is neither English nor French.

He said that while it’s an indicator of French levels, a much more important measure is whether children of immigrants are integrating in French or English.

“It’s not so bad if allophones, whether Spanish, Arab, Punjabi or Tagalog, continue to use their language at home,” he said. “What is more important is the second generation who must choose between English and French.

Bélanger says that while more immigrants choose French than English — about 60% — that’s not enough to maintain linguistic balance in the province, which could require more than 90%.

He said the result is a general decline in the French language – a very slow but difficult to reverse decline.

“Demography is like an ocean liner, not a canoe,” he said. “It doesn’t turn out in the blink of an eye.”

Calvin Veltman, a retired sociolinguist and demographer who taught at the University of Quebec in Montreal, takes a more optimistic view. While he agrees that French has declined slightly since 2001, he believes the integration of immigrants into French-speaking society has been a “remarkable success.” Much of this success can be attributed to the Bill 101 requirement that immigrant children attend school in French.

He takes issue with the number of people who analyze the linguistic data, saying that they tend to exclude from the French-speaking group allophones who speak French in addition to their mother tongue at home.

According to Statistics Canada, in 2016, 94.5% of the Quebec population was able to carry on a conversation in French. The number of people who spoke French at home was 87.1%, the same as in the previous census, but the survey also revealed that families were increasingly more likely to speak another language as well.

Veltman said there is a large group of people who speak French and English at home who can be difficult to categorize.

“We are becoming a much more bilingual society,” he says. “If it’s dangerous for the French, I don’t know.”

Bélanger, for his part, questions the rate of 94.5% in French. He noted that there was widespread opposition in the Anglophone community to a recent proposal requiring Anglophone college students to take three of their core courses in French – suggesting that the level of bilingualism of many Anglophones is not not very high.

Marc Termote, a retired professor from the University of Montreal, believes that the fundamental problem of language decline will be almost impossible to avoid because French-speaking Quebecers have so few children.

However, he said the process will take centuries, not decades, because of the strong measures in place. He said it’s “unthinkable” for Quebec to become another Louisiana, where French has all but disappeared — a comparison Legault evoked last week.

“I can’t imagine he really thought that in 50 years we’ll be two percent francophone in Quebec,” he said of Legault.

This report from The Canadian Press was first published on June 5, 2022.