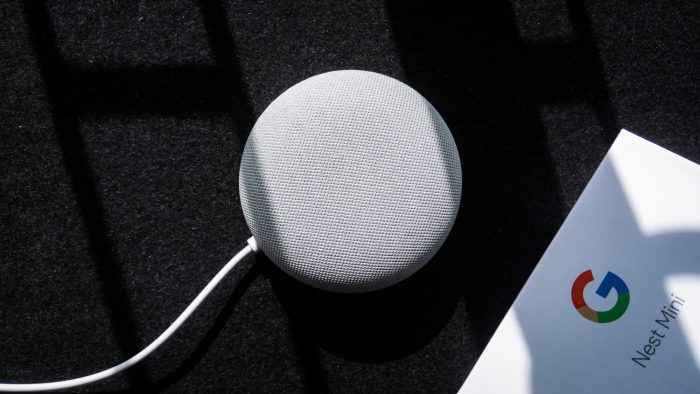 In 2016, one of the more interesting startups that we covered here at Nieman Lab was launched. 60dB, named for the volume of a calm human voice, pitched on what was still the leading edge of the current podcast boom – a year of 2 Dope Queens. Change of code and return home. And like all my favorite startups, 60dB was the clear expression of a single idea: People love the audio that comes in shorter packages.

Podcasting in 2016 was largely an area of ​​real serialized crime (Serial had debuted two years earlier), political anxiety, and shaggy two-way chats. The shows were mostly long – 20 minutes on the short side, on the long side. To use a public radio metaphor, podcasting did a decent job of replacing weekend shows – one-topic shows, lengthy interviews, some withdrawal from the news cycle. But that was nowhere in terms of matching NPR’s weekday flagships Morning Edition and All Things Considered – shows that were aggregations of many shorter stories, a mixture of timeliness and timelessness, chosen and commissioned by editors rather than users’ choice. You did not tune ATC during the evening drive for a specific piece of audio; you connected because you trusted the show to deliver a cleverly put together mix of short stories.

60dB wanted to be that trusted assembler; it’s no surprise that one of its co-founders is a veteran of public radio Steve henn. Its main product was an app that offered “high quality short stories”, as our Shan Wang wrote at the time:

Users open the app and take signals from the topics and types of stories and even people they’ve indicated they like, and 60dB will refine that stream of stories over time. The stories available on the platform will be easily searchable and contain familiar content aggregated from elsewhere, but also a lot of shortened content is new to the platform – the emphasis is on the short.

There are “some amazing stories that people don’t hear,” Henn told me, whether it’s because the length of most of the podcasts available “doesn’t match people’s lives,” or because it is too difficult to discover shorter programming in one place. .

Small pieces, loosely joined. It was an interesting idea! Interesting enough that it was only months before Google rushed to buy it. Google was busy trying to match Amazon in the smart speaker game, and maybe something similar to 60dB could be a differentiator for people thinking “Amazon Echo or Google Home?

“We combine Google News with the interactivity and voice experience of Google Assistant,” said Liz Gannes, former reporter for Recode, Gigaom and AllThingsD who is leading the initiative. The company has spent the last year working with around 130 publishers to create a prototype news radio station that customers can control – using voice to skip stories, go back or stop and dig deeper. a given subject. It is constructed using each story as an individual piece, rather than a briefing of stories put together …

“Imagine if you ask for news and get a quick update on the stories of the day, then you get stories that match your personal preferences and interests. It’s like your radio station, ”Gannes said. If you log in in the morning on your phone, you might get a quick update. If you listen in your car – or anywhere else throughout the day – the stories you heard earlier won’t repeat themselves.

Of course, the 60dBers weren’t the only ones thinking about this problem. NPR One, born Infinite Player ten years ago, has found success fulfilling a similar function within the public radio ecosystem (although its audience seemed to level off last year). PRX Remix has done something similar in its world of slightly more adventurous content. But it was interesting to see someone outside of the radio establishment – whether it was a small startup like 60dB or an overwhelming megalith like Google – trying to be successful.

It did not work as expected, like 9to5Google Abner li reports:

In November 2019, Google upgraded the Assistant’s “pass me the news” capability with custom audio summaries. Google Assistant has now removed “Your News Update” and reverted to only offering standard sources.

For two years, Google has offered two “news playlist formats[s]. “The original” News briefing “dates back to the inception of Google Home and was made up of short shows that you manually choose to hear and can reorder.

In comparison, “Your News Update” offered a “mix of short stories chosen at that time based on your interests, location, user history and preferences, as well as the best news around. “. If you keep listening, Google streams longer content, with Assistant showing “which editors and updates are next” between clips.

Fans of Your News Update are now greeted with an in-app message: “Your News Update is no longer available, but you can still get the latest news from your favorite shows by adding them here.” A Google spokesperson called the removal “streamlining” of “our audio information products to improve user experience.” And so another experiment worthy of the name is abandoned.

The sound is hard, from both the publisher and the consumer point of view. You can flip through a text story, decide if it deserves your attention, and click that back arrow in seconds. An audio story is much more opaque; if there are only a good four minutes, how will you find out? Podcasts are built around a subscription metaphor, as a show’s branding value is critical in letting the user know if the content will be good; if you know you like The Daily, chances are you like today’s episode, tomorrow’s episode, and the one after. But that makes discovering new audio tracks extremely difficult – that’s what makes things like in-app promotion and word of mouth so critical. (How often does a clip from a podcast episode go viral? Someone almost always has to move it to another medium – a text story or a tweet.) And all of that is doubly difficult for more content. short, which forces the user to do more. decisions more often.

From a news perspective, it’s important to understand all of this. On the one hand, most journalism does not lead to multi-year surveys like a Serial or an In the Dark. Most journalism is timely, local and short – all the things the current podcast discovery isn’t particularly good for. The more popular news podcasts, like The Daily, tend to tell a single story quite at length rather than several in quick succession. Smart speaker audio news is a very real thing, but it’s still mostly a brand or an individual show – “Alexa, play NPR” or “Hey Google, play the latest episode of Post Reports “.

As much as the justified anger that the company has invoked against that of Facebook, it appears to be a situation that calls for an algorithm. And Google – well, Google knows algorithms. If it couldn’t find a way to put together the kind of audio news packages that users want, that’s a decent sign that we still have a lot more to think about.

Fortunately, we still have some man-made information points, such as early bird news and commercial radio “8 news and weather”. And trusted news brands – like public media, national newspapers, and television networks – will continue to benefit from this web audio mismatch. But it’s a shame that audio news hasn’t brought the same blossoming of formats, sources, and energy that the web has brought to text-based news. There’s nothing for audio discovery quite as good as, say, my Twitter feed for discovering text stories. Who will try to figure it out next?