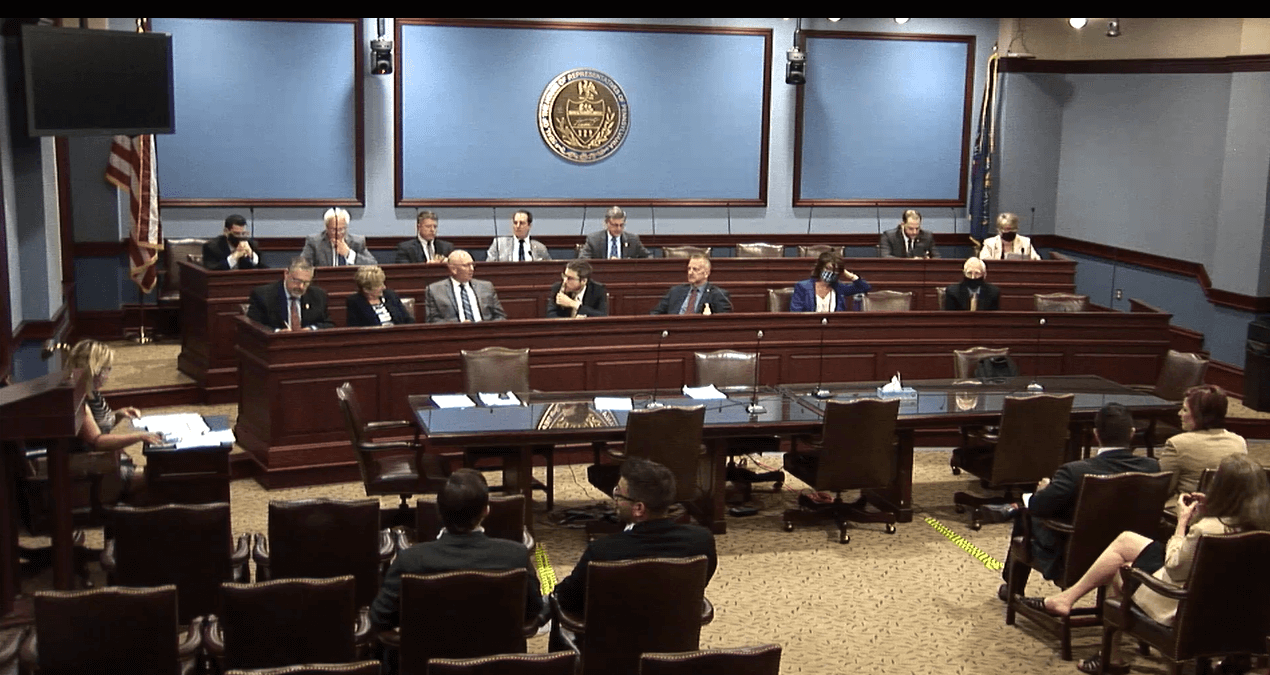 Language allowing lawmakers to frown on regulations without the threat of a gubernatorial veto is part of a broad package of constitutional amendments – known as Senate Bill 106 — which also makes changes to election law and, most controversially, amends the state’s founding document to declare that there is no constitutional right to state-funded abortions. The package was approved by the Legislative Assembly in an initial review in July, as lawmakers debated and approved the 2022-23 state budget.

Environmental groups say that while news reports have largely focused on the bill’s anti-abortion language, the provision giving the Legislature the ability to veto the regulations is equally troubling.

Republicans who control the General Assembly have pushed back against Democratic Gov. Tom Wolf’s efforts to join the carbon cap initiative through the regulatory process, but finally failed of the two-thirds majority needed to override Wolf’s veto and prevent the deal from moving forward.

“They’re trying to weaken anything on the books with the main target being, of course, the Regional Greenhouse Gas Initiativebut that applies to many, many things right now,” Thrush said.

Other regulations and proposals that Thrush says could be targeted if voters approve the change include efforts to tighten water quality standards, as well as proposed regulations to tackle volatile organic compounds and methane emissions.

Molly Parzen, Executive Director of Pennsylvania Conservation Voterssaid the wording of the amendment could also affect air and water quality regulations in the Commonwealth, as well as hamper efforts to make progress on Pollution reduction targets for the Chesapeake Bay in Pennsylvania.

The amendment “would be yet another attack on our ability to achieve these goals,” Parzen said.

Beyond the implications for environmental protection efforts and pollutant regulations, conservationists said the proposal could be a “Pandora’s box” because of the “key it would throw away in the balance of power”.

Specifically, the proposed amendment states that:

“Any order, resolution or vote, for which the assent of both Houses may be required, except on questions of adjournment, disapproval of a settlement or termination or prolongation of a declaration of emergency in case of disaster declared by executive order or proclamation, or part of a disaster emergency declaration declared by executive order or proclamation, must be presented to the governor and before it becomes effective for approval by him, or be disapproved, must be retaken by two-thirds of both chambers in accordance with the rules and limitations prescribed in case of invoice.

Parzen said the idea behind the amendment’s wording is “truly frightening,” adding that the consequences of allowing the Legislature to disapprove the regulations without the governor’s input are “a slippery slope” and part of ‘a broader national push to dismantle and erode trust in democratic institutions.

“That’s not how our system works,” Parzen told Capital-Star. “It’s not just something weird going on in PA. I think it’s very telling of wider crisis that we have right now.

“They [the Legislature] learned a new trick a few years ago when the constitutional amendment process was successful with shorten some of the governor’s powers around the [COVID-19] intervention and emergency powers. And so obviously they’re trying to do it for a number of things that they don’t like,” Thrush said.

To communicate the amendment’s potential ramifications to voters, Parzen and Thrush say they will try to educate voters ahead of the November general election about what’s at stake.

“We will run a number of educational campaigns and work with our partners in environmental conservation so voters understand what is at stake,” Thrush said. “We’re having these conversations, and we’re educating state policymakers and elected officials on these issues now, and we’re traveling across the Commonwealth and meeting with ordinary Pennsylvanians, as well as grasstops. [local leaders] and grassroots members of our organizations and activists and advocates on the ground.

Parzen said the challenge was to make the issue tangible for voters.

“I think we’re going to have to make it very real for people,” Parzen said, adding that she thinks a public health approach – discussing how cancer and asthma rates are linked to pollution – is a natural approach.

“Deregulation makes us less safe,” she said, adding that the environmental movement has always struggled to deal with the overwhelming nature of big issues like climate change.

The solution, she said, is to simplify conversations around these issues, discussing the day-to-day impacts that voters experience.

“Taking really complicated things and going deeper into them on a day-to-day basis is the only way to connect with people,” Parzen said.