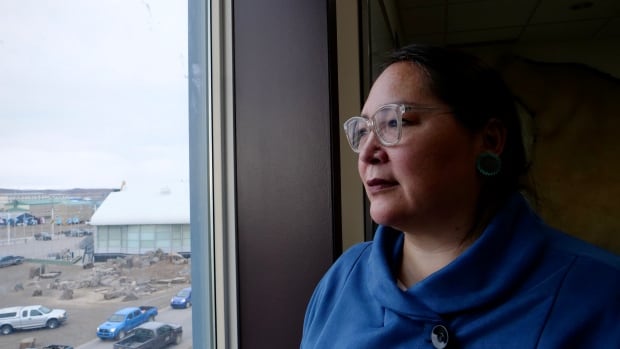 The initiative is the result of a joint partnership that began more than four years ago between Meta, Facebook’s parent company, and Nunavut Tunngavik Incorporated (NTI). It aims to promote the daily use of the Inuit language spoken in Nunavut communities, said a press release issued Friday.

The translations were led by the Pirurvik Centre, an Inuit learning center based in Iqaluit.

The press release also states that the launch “aligns with the United Nations International Decade of Indigenous Languages.“

“Inuit expect to see and hear Inuktut in all aspects of their lives. Recognizing Inuktitut as an official language on Facebook, along with English and French, reinforces the legitimacy of our language,” said Aluki Kotierk, president of NTI, in a press release.

“Being able to access Facebook in our own language is an important and concrete step towards seeing and hearing Inuktut in all aspects of our lives.”

She said there were some difficulties at first, including trying to find the right translation, a task that community members provided assistance with.

“So that part was a little more difficult than easy.”

Some of the terms used were taken from the early 2000s, when new terms were created for translations of the Microsoft interface, Palluq-Cloutier said.

Among these terms is the word “internet” whose Inuktitut version is rooted in a traditional word used by shamans who spiritually checked other communities.

“The idea of ​​leaving your body, you’re in a trance or a shaman in a trance…to go to another community to see…how that other community is doing, whether it’s thriving or starving, or ‘she needs help,” Palluq-Cloutier said.

“So exactly the same idea [for internet]. You’re sitting at home, you’re on the computer, you can log in, and then you can find out what’s going on in China.”

There were also spacing issues with Facebook’s translation, she said, as some Inuktitut words can be quite long.

“We would have a very good mandate, but too many characters to fit the space we have,” said Palluq-Cloutier.

Some words had to be truncated because of this, she said, including the word “help” in Inuktitut. Although she said it was avoided as much as possible.

“We weren’t too happy about it, but it’s understood and it fits.”

Another challenge, Palluq-Cloutier said, was that many English words that are different, like modify, fix, modify are similar in Inuktitut, so they had to be very careful to make sure they were distinguishable from each other. others.

But, she added, “it’s fun trying to navigate through traditional terminology for use in modern technology.”

She said there’s a mix of dialects in the new Facebook interface, but primarily, her North Baffin.

“I was trying to imagine my mom using Facebook,” she said.

“She’s in Ottawa for medical reasons now and we have limited contact. But if she can go on Facebook and post how she’s doing, that would be great.”

Another positive aspect, she says, is the visibility of the language for those who want to learn it or those trying to maintain the language.