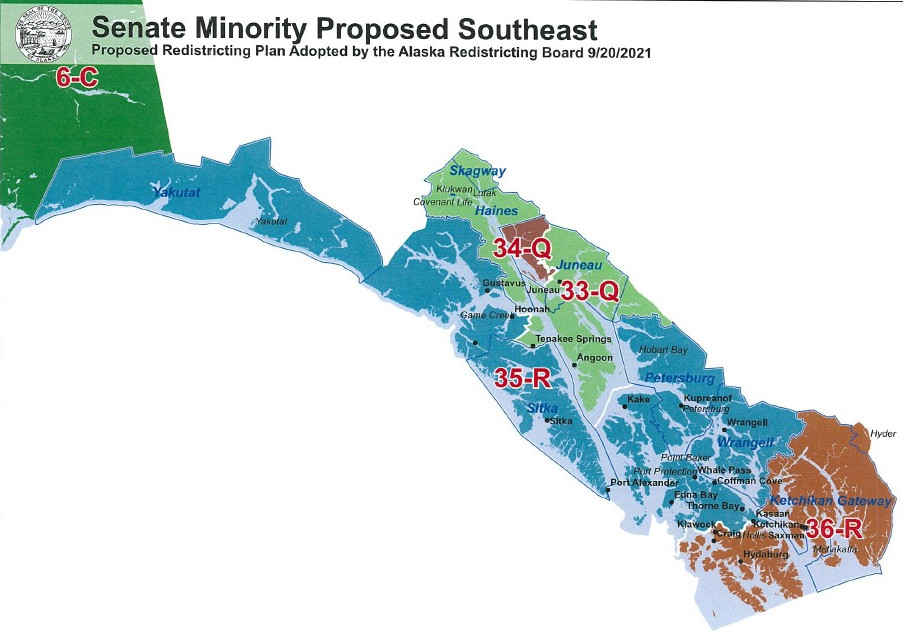 The assembly on Monday passed a resolution supporting a plan that would place Petersburg in a district of House with Wrangell, Sitka, Kake and the north of Prince of Wales Island, as well as Hoonah, Gustavus and Yakutat.

The resolution says that Petersburg shares the social and economic interests of these small communities. Assembly member Dave Kensinger felt it was a better option than regrouping Petersburg with the big cities in the southeast.

“I will be supporting this one because of any proposals that don’t combine us with Juneau or Ketchikan and I think it’s in our best interest to be with the smaller communities in the area,” Kensinger said.

Ten years ago, St. Petersburg opposed a plan that placed the community in the same neighborhood of House as part of Juneau. This was ultimately dismissed by a court challenge and Petersburg ended up in a Sitka district.

This year’s plan proposed by the Senate Minority is closer to the status quo, although it adds Wrangell and Yakutat to the Sitka District, but drops Craig and Klawock. Other proposals would place Petersburg in a neighborhood of Ketchikan or Juneau House, or make other changes to the Sitka neighborhood.

The Council of State has until November 10e to draw up its final plan for the new neighborhoods.

In further votes, the assembly also approved the third and final reading of the revised Disease Control and Garbage Collection Ordinances. The disease control review removes the language that gives the local health worker the power to force vaccination. This allows this health worker to demand an examination or quarantine for someone who arrives in Petersburg and who may have an infectious disease. It also sets standards for a local health ordinance and creates a fine for someone who does not comply. The other ordinance will increase garbage collection rates by three percent per year for five years. It starts next July. This revision also creates a phased system of fines for people who do not secure garbage. And that will reduce the recycling collection to every two weeks.