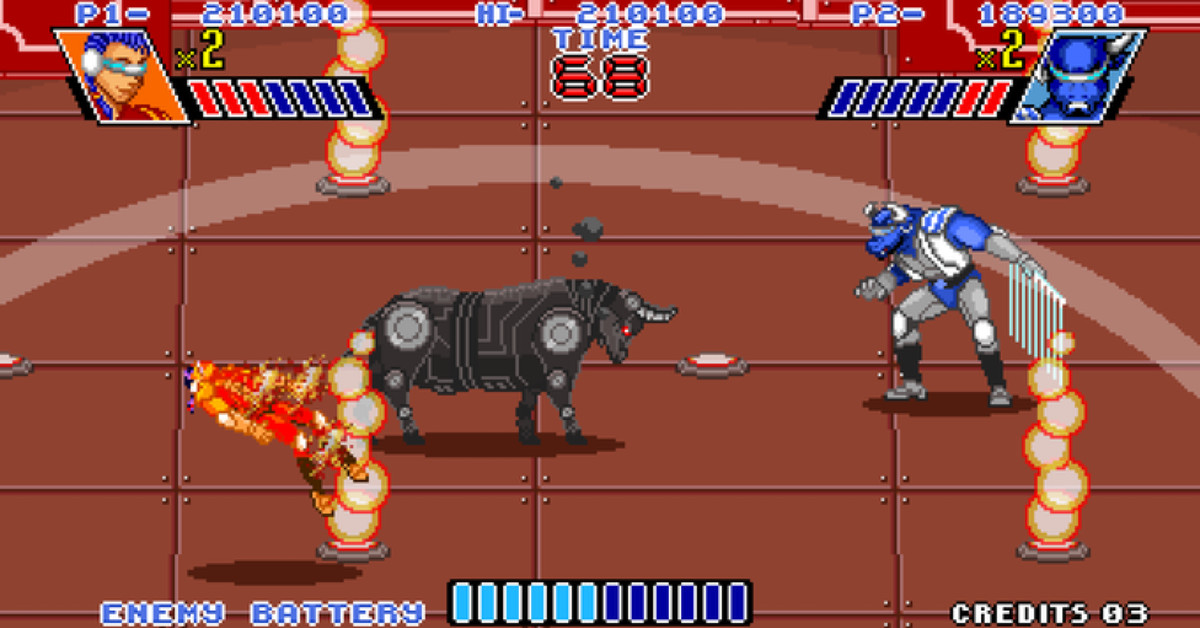 No one-liner describes better Bullfighter Neon, presented to Kickstarter backers earlier this week by Spanish indie studio Relevo. The 13-year-old company specialized in homages to the “futuristic sports” sub-subgenre seen in 1990s titles like windbreaker Where Cyberballand its latest effort emerged, appropriately, from a bullish session a few years ago.

“At the time, we were dealing with other projects,” Relevo executive director Jon Cortazar told Polygon. “But when we decided to start a new project, aiming for crowdfunding, Bullfighter Neon immediately came to mind. It’s the kind of crazy idea, with a dash of controversy, that could help defend a Kickstarter.

To be very clear: this is not a literal bullfight (or rather the representation of a video game). Cortazar and his colleagues aren’t fans of it either, although there is a strong cultural attachment to bloodsport in Spain. (Relevo is based in Bilbao, where the 14,781-seat Vista Alegre Square has held bullfighting contests since 1882.)

Their concept involves a robot bull; moreover, the bull is not directly attack. Rather, the goal is to dodge and deflect his attacks (some of which may be redirected at the bull), until his battery fails and the bull rolls over. It is more muleta (coat) than it is sword.

“We set strong boundaries early on about accepting violence in the game,” Cortazar said. “We designed a robot fight in which the robot has all the firepower and the armored bullfighter only has a light muleta to meet the challenge. The only way to win is to exhaust all of your [the robo-toro’s] battery using the neon muleta and make passes while dodging and repelling his attacks.

This is where bullet hell comes in; players must memorize or at least pay close attention to attack patterns as the bull rains death down on the matador, for a change. Here are some GIFs to illustrate the point:

Bullfighter NeonThe Kickstarter page says players can choose from six different matador characters to battle eight cyberbeasts, followed by two “additional final bosses.” Battles take place in four different arenas with environmental hazards; both single-player and local cooperative multiplayer are available. There’s also a story mode, which Cortazar compared to street fighter 2, “where you see each character’s story and a different ending depending on your selection.”

Bullfighter Neon, targeted for launch by the end of the year on Steam, caught my attention for several reasons. The first is the 16-bit styling, pull mode, and flashing start button, and the matador’s reverse animation looks like a really weird thing the local hangout would take an amusement vendor’s hands off when I was a teenager.

The second is that I am a big believer in Hemingway’s holy trinity of sports – that “there are only three sports: bullfighting, motor racing and mountaineering”. (“Everything else is just games,” he added.)

I’ve seen a lot of the last two (if SSX Where Shaun White is snowboarding count) and none of the first ones. (That is, until McWhertor brought Sega’s bullfight and this to my attention, proving that I should never call a video game the first to do something.)

With Bullfighter Neon, finally, my manly circle of sports video games is complete! Cortazar played along and came up with his own Hemingway trilogy: his own game (of course), the original Gran Turismo on PlayStation, and Snowboarding 1080º on Nintendo 64.

However, “I have to point out that our last game was actually a 48KB snowboard game made in assembler for a vintage platform, the MSX system,” Cortazar said.

Applications are open for the 2022 ‘SpartaHack’ hackathon