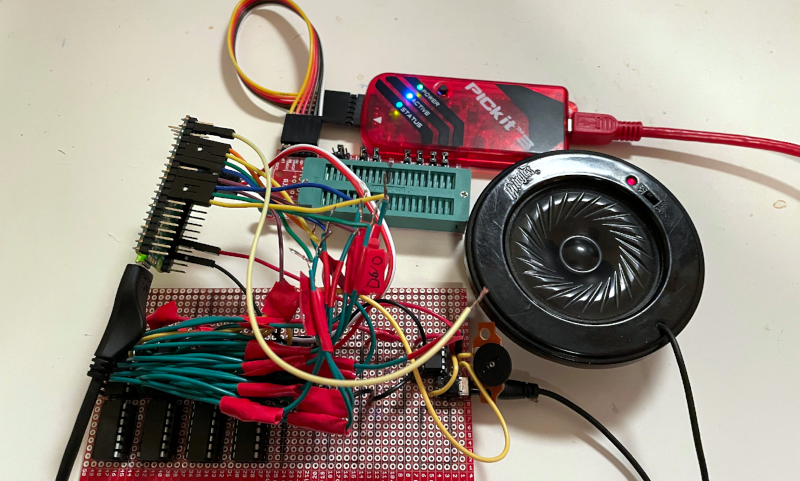 [Mcjack123] recently got into chiptunes and realized his initial interest started in 2018 when he used an Arduino to turn a TI-84 calculator into a sound machine. His latest iteration is a custom designed soundboard and he walks us through its design and construction in a recent article.

The work models classic sound generators like the 2A03 or the Commodore 64 SID. You have a bunch of simple waveform generators as well as filters and modulators to create various effects. These boards eventually gave way to FM synthesis devices like the Yamaha OPL2 and OPL3 chips. All of these cards accepted commands and generated audio on their own. More modern cards are more likely to simply convert digital computer data to audio.

The first attempt was with a Raspberry Pi Pico. It worked to some extent, but the code was too slow to run multiple channels at once. The CPU itself is pretty fast, so there might have been a way to make it happen, but instead decided to go a different route.

The final product used several PIC chips as generators and analog circuitry to mix it. To get the timing right, PICs use assembly language. A fun project if you like chiptunes.

We see a lot of fun chiptune projects. Some of them are quite tiny.