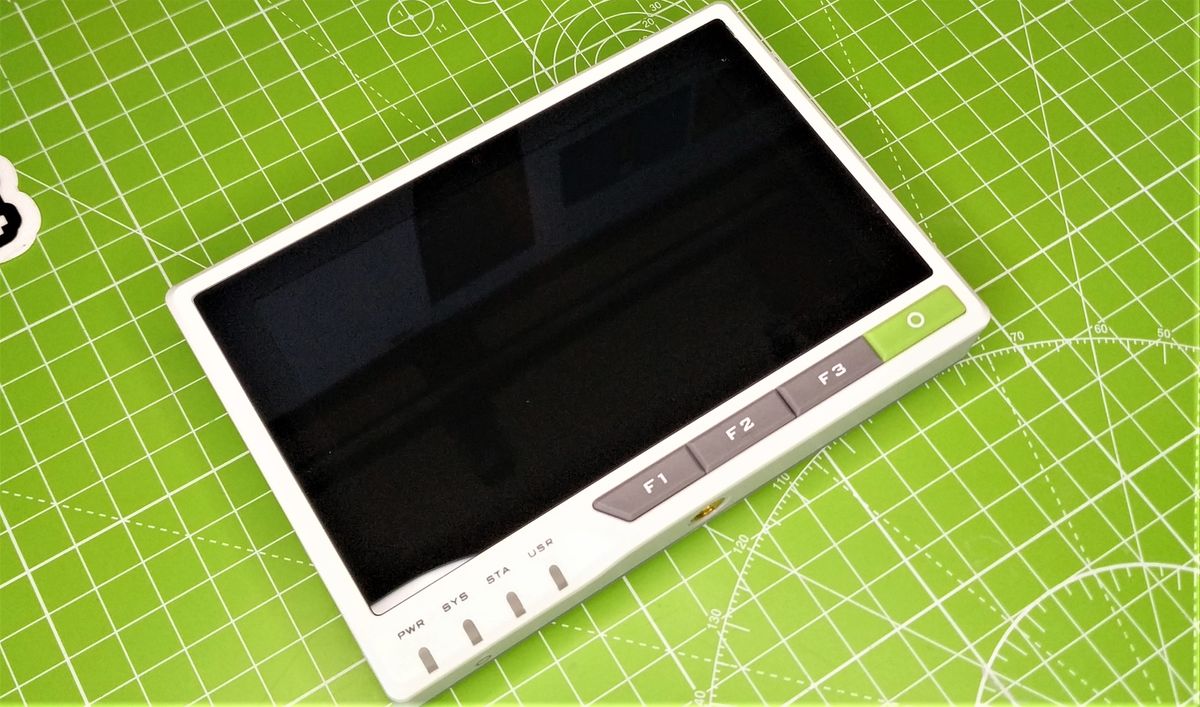 Seeed reTerminal review: the power is in your hands

Seeed appears to be on the run at the moment. We recently reviewed Seeed Dual Gigabit Ethernet Carrier Card and I found it to be a handy kit. But for Seeed’s next carrier board, we see a different direction, an all-in-one device that integrates Compute Module 4 into a portable chassis, designed for industrial and embedded applications.

Seeed’s reTerminal operates a Raspberry Pi 4 compute module with 4GB of RAM and a 32GB eMMC inside a plastic case dominated by a 5-inch capacitive touchscreen. Despite the form factor, we still have access to the GPIO and the two camera connectors, but there are some issues we will address during the review. At $ 195, reTerminal is an investment rather than an impulse buy, but what can we do with it and why would we spend so much on what really is a Raspberry Pi 4? Let’s find out.

Let’s start with the elephant in the room. Seeed’s reTerminal looks like a slightly thick tablet, but lacks a battery. Of course, we can add USB battery through USB C port, but there is no space inside the reTerminal to add internal battery.

The best way to use reTerminal is at your desk or built into a project with a reliable power source. With Raspberry Pi OS preinstalled on the 32GB eMMC, we’re ready to create projects with little friction, power up, and go.

The 5-inch, 1280 x 720 display is crisp and bright, even for old eyes like ours. It supports multi-touch input and is surprisingly precise, allowing us to easily open and close windows and navigate menus instead of a mouse. That said, a wireless mouse and keyboard is a great addition to this device. Below the screen are four buttons, F1, F2, F3 and a green “enter / enter” button. These buttons are mapped to the a, s, d, f keys on the keyboard, which means they can be easily used in your code-based projects. If you plan to use reTerminal as a media player, you’d better invest in a bluetooth speaker, as the only built-in speaker is a simple buzzer.

Getting into reTerminal is easy, but it can be a daunting experience. First we need to remove the four dust caps at the corners of the underside of the unit. Then carefully remove the light gray plastic backing, be careful near the center as it will flex and feel very fragile. Then remove the heat sink and finally the inner plastic case, taking care not to tear off the Wi-Fi antenna.

Once inside, we can see the familiar camera connectors (CSI0) and a smaller Raspberry Pi Zero centered camera connector (CSI1). Connecting a camera is relatively easy, but take care of the black plastic locks and make sure that the golden pins of the flexible camera cable are facing up and not down towards the board.

We inserted the camera cable incorrectly, even after checking the connection, and it caused a short circuit which saw the unit draw 1.4A of power and heat up quickly. The flexible camera cable will also need to be threaded through a slot in the outer casing, allowing the camera to float in the breeze. A camera stand / mount would have been a great addition.

The microSD card slot (see best microSD cards for Raspberry Pi) is a problem as we can only access it by removing the enclosure. In an industrial environment, we understand, keeping the ports hidden reduces the risk of unsolicited code execution, but USB ports are an easy target for these kinds of attacks. It would have been great to have the microSD card accessible through the exterior of the case, but for now we can treat it as an additional storage option rather than a boot device.

On the sides of the reTerminal are four M4 screw points, designed for use with modules offering additional functionality, for example LoRaWAN, Industrial IO and PoE. We didn’t have any accessories to test so we can’t provide any further information, but the idea of ​​securely connecting an add-on is appealing.

The single camera mount at the bottom of the reTerminal is a useful way to mount the reTerminal on a tripod or bracket, keeping the device close at hand, but out of the way. Underneath we have a large industrial connector, which splits a 1-way PCI-e, USB 2.0, 26 GPIO and PoE host. Unfortunately, we don’t have anything to connect it, so we couldn’t test.

Flashing an operating system on the Compute Module 4 eMMC is a bit trickier than a microSD card. Seeed’s reTerminal comes with the latest Raspberry Pi OS installed on the 32GB eMMC, but if we want to use another OS or refresh an old installation, we need to flip a switch first. next to the compute module 4, activating it for the USB flash. Connect the reTerminal to a Windows machine via the USB C port. We must then follow the official documents to let our windows machine see the reTerminal, then we can flash an operating system using the official Raspberry Pi imager.

Using the GPIO requires an external breakout board, such as the HAT Hacker HAT from Pimoroni. We connected a breakout, then used a Pimoroni Explorer HAT Pro and a Sense HAT. Both worked flawlessly. The GPIO is as accessible and easy to use as on a typical Raspberry Pi.

The form factor and attachment of the camera mount mean that reTerminal is intended for use in interesting places. In an industrial environment, reTerminal will be at its best. Able to work with standard sensors and components used to monitor industrial processes, we also have the power of a Raspberry Pi 4, condensed into a small package.

For home users, this is where the line blurs a bit. At $ 195 including Compute Module 4, Seeed’s reTerminal is for die-hard Pi users and those looking to scratch an itch for their built-in projects. Sure reTerminal can be integrated into a robot, and the five-inch touchscreen provides an ideal interface to control and display the status of your creation.

$ 195 is a lot of money to spend on a Raspberry Pi Compute Module 4 product. Seeed’s reTerminal is a well-designed, sturdy, and responsive kit. The form factor is excellent and the 5 inch touchscreen is just enough for most projects. The disappointments for reTerminal are the limited access to the camera ports and the microSD card and the lack of battery. But if you can work around these limitations, you might have the perfect Pi for your next project.