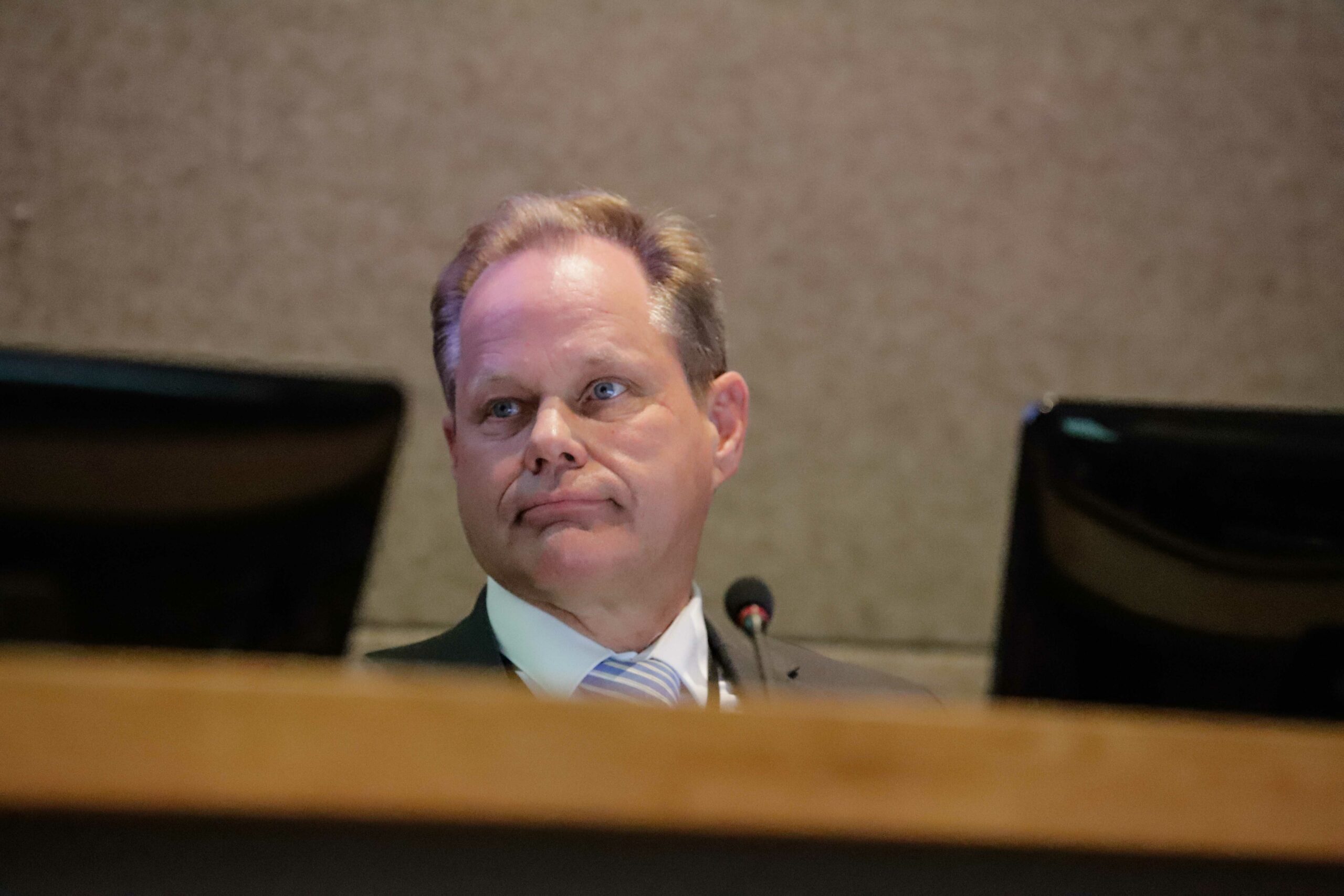 The Anchorage Assembly is set to consider an ordinance that would establish a process for impeachment of a mayor, if the mayor breaches the public trust.

The order follows months of conflict between the largely progressive Assembly and Mayor Dave Bronson, a staunch conservative, since taking office in July.

Assembly Deputy Speaker Chris Constant authored the ordinance. He says there is already language in the city code to remove members of the Assembly and the school board. His ordinance creates that language for the mayor.

“It’s exactly the same standard that the Assembly is held to, which was established in 1993,” Constant said. “There’s nothing new here except that we’re adding this to the executive branch.”

Currently, the only way to remove a mayor is through a recall election, which Constant says his ordinance would not interfere with.

Actions that would constitute a breach of public trust include perjury, asking a municipal employee to break the law, refusing to follow an enacted ordinance, or a “material” violation of municipal law.

The legal process to remove the mayor would require the approval of a charging document by the Assembly or the municipal ethics board, followed by a legal review conducted by the municipal prosecutor or a neutral third-party attorney. If the charges are found to have merit, the mayor will have a lawyer defend them against the charges.

Constant says there have been several instances during Mayor Dave Bronson’s tenure where he believes the mayor violated the code, including firing the chief equity officer without cause and not sticking to the budget passed by the Assembly for about four months. However, he says his order would not consider those actions retroactively.

“It’s not the intention, in fact, to impeach the mayor,” Constant said. “He intends to establish a set of clear line principles so the mayor can understand where the lines should not cross.”

Bronson administration officials did not respond to multiple requests for comment.

The ordinance is expected to be presented at the Assembly meeting on Tuesday evening.