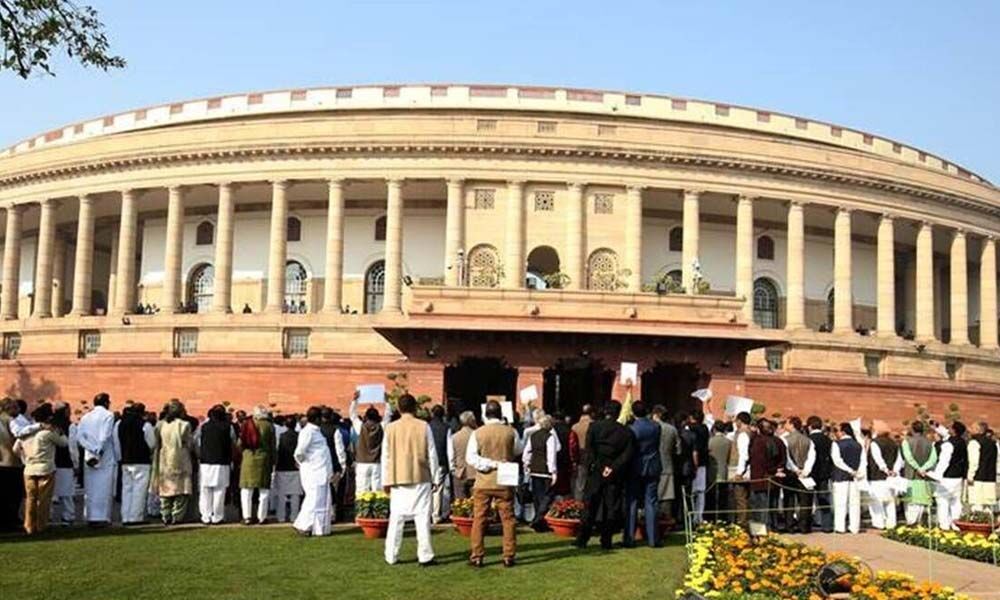 It is time for us to take an unbiased look at the course of the functioning of the Indian legislature, both parliament and state legislatures, as well as the perspectives of various political parties and the behavioral aspects of leaders and members. A certain amount of chaos, a certain cacophony, dissenting voices, protests, exits are necessary in a healthy and healthy democracy.

But a quick glance at how the disruption has unfolded in parliament and state assemblies and at the evolution of behavioral issues sounds the alarm bells and whistles. The prosecution of the supreme legislature and state assemblies are losing their sanctity if not already lost. The language used by the Honorable Members has reached a new low. (This is of course a very sweet word).

The speeches, body language and the kind of language they use are highly deplorable. Whether it’s criticizing policies or attacking the government for trying to demolish some laws because of its brutal majority, a stage has come where members of the opposition are being insulted by dragging the names of their wives, mothers or other family members and making demeaning comments.

Between 1952 and the early 1980s, Parliament and legislative assemblies witnessed high quality debate. That didn’t mean the talks were once a quiet affair. Looking through the history of the work of Parliament, there have been many occasions when Parliament and the Assemblies have been shaken by disruption. Forcibly removing members from the house and hanging them up the minute they raised an issue was a rare thing. Speakers were once all-powerful, easygoing, and adept at rules and procedures.

According to Subhash C. Kashyap, former general secretary of Lok Sabha 7-9 and secretary of the Lok Sabha secretariat from 1984 to 1990, also a well-known political scientist and expert on the Indian Constitution, once observed that constitutional law and culture parliamentary practices began to change from the fourth Lok Sabha. “It was politics without masks and gloves,” he said.

During the time of Prime Minister Jawahar Lal Nehru, the head of the house was only absent when it was unavoidable. But Indira Gandhi only attends when she has to, former Prime Minister Atal Behari Vajpayee once commented. Little by little, things have gone from bad to worse now. Statistics indicate that between 2014-19 the time lost due to interruptions was 439 hours, 115 hours were lost due to postponements.

The 15th Lok Sabha worked approximately 61% of the scheduled time. It was also the least productive as it was rocked by the allocation of coal blocks, 2G spectrum, and the demand for separate Telangana. Many bills such as land acquisition, food security, business and civil liability were passed without discussion. We also saw how the Andhra Pradesh State Reorganization Bill was passed shutting the doors to Lok Sabha, disconnecting the live broadcast and in utter chaos.

The legacy seems to continue even now. Over the past seven years, we have seen how the opposition has blocked debate in Parliament and how the regional parties of states have done everything to muzzle the voice of the opposition and decimate them. The anti-defection law has become redundant and no political party, including the BJP, is ready to embark on major reforms.

Unilateralism quickly creeps into decision-making, harming democracy. Huge sums of public money are wasted. But no one seems to want to acknowledge this fact. They always claim that they hold constitutional positions and act accordingly. How? ‘Or’ What? Nobody’s answering.

No political party wants to discuss an issue in depth and from different angles. Take the latest issue of Agri Laws and the MSP demand and the paddy controversy. Each party wants to make it a political issue. They forget that this problem affects two-thirds of the nation.

It is a fact that farmers’ incomes are declining and are not sufficient to support them. But there is no debate about the meager incomes of farmers. Instead, certain ideas like the free market are put forward and the ruling center party and opposition parties convert this into poll-related questions. No one seems to be interested in a serious discussion on this issue and coming up with a long term policy.

The MSP came into being when the country faced famines in the 1960s and was designed to build up strategic food reserves. The Union government says their stocks are now full and stocks exceed buffer standards. He also believes that because PSM is not for all crops, there has been overproduction of only some crops, which affects the water table.

To some extent, this is a fact. We see how the farmers of the two Telugu states are on the roads unable to sell their products. We have seen how Telangana’s TRS government has hooked up with the Center and the brawl continues as the farmers suffer. The rains out of season add to their woes. No effort is made to find other methods to help farmers in turning to agribusiness or to explore export potential and take the necessary steps in this direction.

We would really appreciate it being debated in Parliament during the winter session and finding a solution. But if the mood on both sides is any indication, those chances seem remote. Both the BJP and the TRS want to give it a political flavor.

While the MSP has some good points, there are more bad points and most of the funds allocated to the MSP are being siphoned off by state governments, those who oppose it claim. Well, the embezzlement of money by state governments is a fact, but it is not limited to the MSP. Even the panchayat funds are disappearing. Are we acting in accordance with the Constitution?

This is a serious issue that needs to be debated and discussed above party politics. But that does not happen. Parliament is used for disruption and not for debates on such issues and in the end the ruling party accuses the opposition and vice versa of not discussing the issue and poor farmers continue to kill themselves. The constitution building was not done for such activities.

We can set high goals, but as long as we do not respect our Constitution and give top priority to the development of the country and develop a positive outlook, celebrations like Constitution Day will become mere formalities where people wear the picture of the country. Dr BR Ambedkar, would offer flowers, say good things by saying that legislatures should not become dysfunctional and disperse only to make them dysfunctional.

Milwaukee rally to mark January 6 anniversary focuses on the future