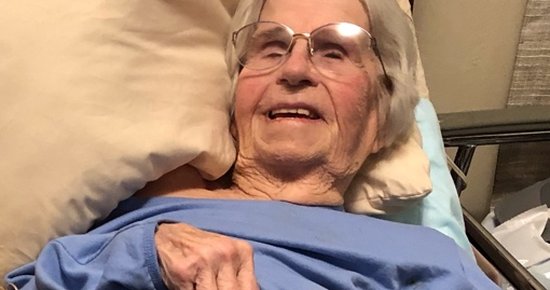 Marilyn Ruth ‘Mary’ Hibbard Willits passed away peacefully at her home in Eureka at the age of 90 on December 5, 2021, with her daughter by her side and her son nearby.

Mary was born July 27, 1931 in a hospital in Eureka, the seventh and last child of Ruth Olivia McLearn and Carl Hibbard of Fields Landing. She was from third generation Humboldt County, her great-great-grandparents, John and Hannah Noe, having been the first settlers in the Table Bluff area. Mary’s parents divorced when she was very young, and her mother later remarried Mary’s stepfather, Roy “Red” Burnette.

Mary graduated from Eureka Senior High School, where she met her future husband Charles “Charlie” Willits. There were many family discussions about whether their English teacher was the worst or the best ever. Mary was a good student and careful in class and Charlie sat in the back and read the encyclopedias in the classroom. You can probably guess who was on which side of that one. After graduating, Mary worked in an office in the Eureka area while Charlie went to war. After Charlie returned from his country’s service during World War II and the Korean Conflict, Mary and Charlie married on November 10, 1951 and started a family by buying a house on Donna Drive at the top of Humboldt Hill where they lived. lived for 29 years ago. moving to Eureka in the early 1980s. They raised a daughter, Connie, and a son, Tim. Soon after Connie’s wedding and when Tim almost finished high school, they had another very special son, Chris, who has enriched our entire lives and who has been lovingly cared for by Mary for 48 years.

For several years, Mary and Charlie rented a place in Phillipsville each summer where Chris and the grandchildren spent many hours swimming and playing while Grandma and Grandpa tended over 80 tomato plants. as well as many other fresh vegetables every summer in their large garden. After swimming, the late afternoons were often spent with Mary telling her grandsons stories from her childhood. One that comes to mind is her father loading all the kids into the car to go into town for ice cream during the depression.

Charlie owned and operated two different Shell gas stations and Mary kept the business books. During those years, one of the family’s favorite jokes involved an old Plymouth Valiant that Grandpa Red had bought new and then sold to Charlie for $ 2. It was light green and rusty, had torn seats, a cracked windshield, and it only started every third time. Mary insisted the car belonged to the gas station for running out of parts for the cars they were fixing and refused to get in, but Charlie would drive her home for lunch and park in the gone and Mary would do an act on how much she hated that car. Family tradition has it that Charlie had to open Harris and Pine station after closing Spruce Point station because Mary didn’t want that car parked outside her house. All in the name of good-natured fun, of course. The “Green V” was eventually sold for parts before Charlie and Mary pulled out and closed the station. Mary and Charlie both loved bowling and Mary served as secretariat for several leagues over the years, while providing additional support to Charlie as he served in various roles for both the Humboldt Bowling Association and the California State Bowling Association.

Mary and Charlie have kept abreast of technology, having purchased one of Humboldt County’s first color televisions and owning a personal computer before most people even knew what it looked like. Mary took a computer programming course at the College of the Redwoods and wrote a program that allowed her to track daily gas station recipes on her Radio Shack TRS-80 which she used until retirement.

Family was everything to Mary, she often bragged about having spent every vacation with all of her children since birth, except for a Thanksgiving that she, Charlie and Chris went to Santa Barbara to celebrate with Tim. in college and then a few years ago when Tim was under the weather and stayed home for Christmas so no one else could get sick.

The downside of living in the 90s is that most of the people you loved in your younger years have passed away in this life before you. Mary was predeceased by her 52-year-old husband Charles Willits, her son Tim Willits late last year, her parents Ruth Burnette and Carl Hibbard, 4 Vernon brothers, James “Jim”, Kenneth “Kenny” and Bernard “Barney” Hibbard and 2 sisters Viola “Vi” Thompson and Bethel Wilson, stepfather Roy “Red” Burnette and son-in-law Lorenzo “Larry” Alvara.

The advantage of living to age 90 is that you spend a lot of time with the future generations of your loved ones and influence them. Mary is survived by her daughter Connie Alvara, her son Chris Willits, her son-in-law Jim Willits, her grandsons Steve (April) Hicks, Scott (Kate) Hicks and Stuart (Jamie) Hicks, her great-grandchildren Olivia ( Collin), Brianna (Drew), Kaitlyn, Noah, Nicole, Ashley, Kristen, Jackson, Joshua, Kyle, Cody, Kayla and Cameron, 12 great-great-grandchildren and many nieces and nephews.

It was always Mary’s wish that no service would take place. Her immediate family will reunite later to share happy memories of our mother and grandmother, but we will honor this request otherwise. Final arrangements will be coordinated with Ayers Family Cremation.

If you would like to honor Mary, donations can be made to the Timothy A Willits Memorial Fund at HLOC.org, Hospice of Humboldt, or your favorite charity.

The family are extremely grateful to their caregiver Carol Russell and the Humboldt Hospice for the loving care they have shown Mary over the past year and for allowing her to spend her final days in the home where she is. lived with his son Chris.

We have been rewarded with many years of having Mary as the family matriarch and now she is finally at rest. Chris said it best, “Mum is happy now.”

The above obituary was submitted on behalf of those close to Marilyn Willits. the Lost Coast Outpost maintains obituaries for residents of Humboldt County free of charge. See the guidelines here.