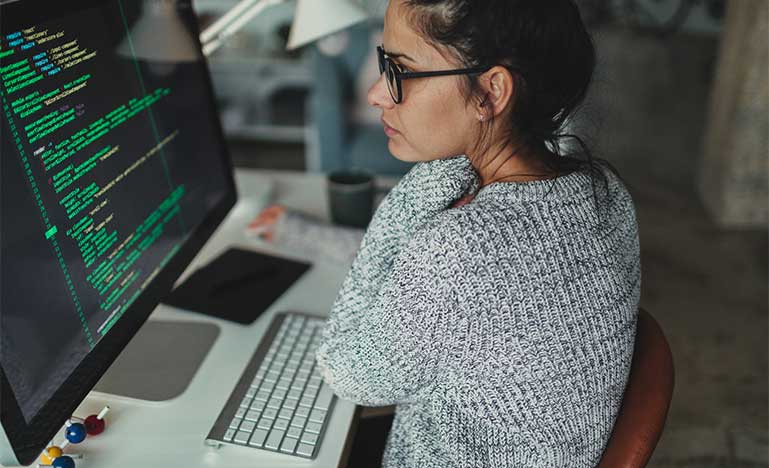 Ryerson University’s new Lincoln Alexander Law School trains future lawyers in the language of technology. Each of its more than 300 first and second year law students learn coding, design thinking, product development and entrepreneurship through four compulsory legal technology courses. The goal is to train the next generation of lawyers to master technology and put them at ease with the changes taking place in the legal profession.

It’s an ambitious plan, but one that is part of a changing landscape in education to prepare law students for the future of law.

The concept of teaching technology to law students began at the very beginning of law school in 2017. â€œWe discussed what is unique about Ryerson and how we are going to address underrepresented needs,â€ explains Associate Professor Sari Graben, also Associate Dean. for research and graduate studies. “We knew law and technology would be one of the things we would tackle.”

The first-year innovation course and three other second-year courses are designed as “building blocks” for students to learn the language of technology.

Kendrick Lo is the perfect guide. As an intellectual property lawyer with an engineering background, Lo is a bridge between two worlds. He teaches a crash course in coding and another on data, code and social innovation. Its objective is to teach its students to develop an initiation to good data.

“They need basic knowledge,” says Lo, also head of innovation and analysis initiatives at Lincoln Alexander School of Law. â€œMachine learning and artificial intelligence have had a huge impact on all industries. It is advantageous for our students to deepen the concepts, to go beyond the knowledge of Wikipedia. You need to understand the performance of algorithms and how data is fed into these programs. This is where programming comes in handy. Without playing with data and programming, it’s hard to develop that intuition as to what good data is and what is missing. “

Once they have acquired this basic knowledge of code, students learn about data analysis, algorithmic biases, and information governance. The Synthesis Course on Access to Justice Solutions focuses on projects that would help alleviate access to justice issues. It will be taught in the winter term. Students will use complex data sets that highlight different user groups (FIX). From there, students examine privacy and cybersecurity issues and determine what legal advice a client needs.

At the start of the school year, students were asked to rank their level of coding comprehension. The average score out of 10 was 3. After completing the coding course, the average score increased to 6..

Canada has a few pioneers in teaching the code to law students. Jason Morris started doing this in 2019 at the University of Alberta Law School while completing his LLM. in computer law. Her course focuses on teaching law students to create programs using Docassemble.

â€œI don’t expect law students to be experts after I finish my course,â€ Morris says. “The point is to force yourself to go through the process to learn something new and how you can bring automated products into legal practice.”

Morris chose Docassemble because it is free and open source software. Jonathan Pyle, lawyer at Philadelphia Legal Assistance, designed the software as an easy-to-use tool that allows users to automate document assembly. Users enter data that creates documents based on the needs of programmers. Morris wants his students to see what is possible.

â€œNo one was telling accountants they had to learn to code because they had the tools they needed,â€ Morris explains. “Our legal technology tools have not caught up with our needs.”

Her inspiration for her course came from Katie Sykes, who began her 21st Century Lawyer course in 2017 at Thompson Rivers University Law School. It has partnered with Neota Logic, a document automation software company.

â€œAs institutions, we are unwittingly giving them a narrow view of their options,â€ says Sykes, associate professor in the Faculty of Law at Thompson Rivers University. â€œYou work for a large firm and have become a partner. But that’s not the only option. Doing something different, like opening your own law firm and only offering unbundled legal services is a valid option. They can use their skills not only in technology, but also to be creative in other ways. It’s about giving yourself permission to think differently.

If law students use software without code, are they still learning to code?

â€œFor me, coding is expressing something in language that is strict enough that it can be executed reliably by a machine,â€ Morris explains. â€œBy this definition, all these low-code / no-code tools are really just low-typing / no-typing. It’s all coding, just easier. But “difficult” has never been part of the definition, let alone a virtue. “

â€œWe don’t do any coding in the sense of writing a computer language,â€ says Sykes. â€œJason takes a broad definition of what coding is, and we do coding in that broader sense. My course is not primarily a technology course. It’s about giving students different tools to think about themselves. differently and allow them to chart their own path in law. “

Thompson Rivers University students are expected to create a prototype by the end of the course. One of Sykes’ favorite projects is a 2018 mobile app designed to help consumers file complaints against phone companies. One of Sykes’ students was an employee of a telephone company and knew how difficult it was for consumers to dispute incorrect charges on their phone bills.

The idea is simple. A user downloads their phone bill and the app calculates whether the user has been overcharged based on the phone plan, device used, etc. If the user has not been overcharged, the app sends them to a resource list for help. If the user has been overcharged, the app uses a series of interview style questions to enter the data. The application creates a complaint in PDF format and sends it to the applicable regulator based on the responses. The real game changer is how the app had pre-written answers that users could choose from. This ensured that the information was in the right order and easy for regulators to follow to process.

The problem is, the app doesn’t exist. None of the applications or projects created by law students at Lincoln Alexander School of Law, University of Alberta, or Thompson Rivers University reached the public because law schools did not. not the infrastructure to market these programs. In Morris’s course, a group of students created an app, Clear Justice, to streamline complaints against the police and one of the former students, Denis Ram, decided to go ahead and put the application in the market.

But this story is the exception. The idea is not to get students to bring products to market, even if they are asked to build something that could have a significant impact on access to justice. The resources to prepare these applications for commercialization are simply not available. And the infrastructure is lacking.

â€œMy dream is to have an applications lab to be a permanent home for these projects,â€ says Sykes. â€œWe have great prototypes, but we need at least six months of work to get them to market. Some students are motivated to work longer on these projects, but then they graduate and I’m busy, so that doesn’t happen. We need to create a center or a laboratory where we can deliver them. You need maintenance, updating and debugging. Students could work there as an independent project to get credit and have a summer job there as a clinic. We need something like this. “

Julie Sobowale is a journalist who covers law and technology.