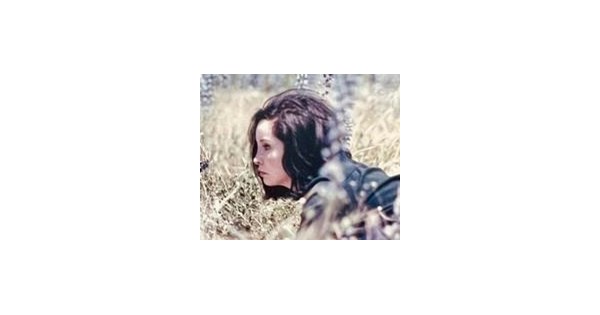 By Donna D. Knight Last updated Jan 14, 2022
Share
Linda Crouse
May 4, 1938 – December 25, 2021
Ben Lomond
As Linda would like to write: Linda P. Crouse, 83, of Ben Lomond, California, left this world unexpectedly after a fall on December 25, 2021. As an accomplished certified nutritionist, she wants everyone to know that it wasn’t from any “disease”.
Linda is survived by her loving husband of 31 years, Jamie Keith McDonald; his beloved daughters, Julie McDonald Lingenfelter, Jaime Gwen McDonald; beloved son, Michael Briggs McDonald; beloved grandson, Gavin James McEwen; two close nephews and three nieces; and last, but not least, “Boo Boo” and “BB”, adorable Canines. She was predeceased by her mother, Sara Paulette McHenry, her father Otto Crouse, three sisters, Sandra Sandlin, Joan C. Blythe and Cynthia Crouse.
Linda leaves behind a tremendous legacy of her life’s work and accomplishments, which will live on for many years to come. Not only has it helped hundreds of people extend their lives with better nutrition; she has also helped improve the lives of the indigent, abused, homeless, and drug addicts as a counselor and grant writer at Ben Lomond’s Valley Resource Center.
For the past 10 years, she has spent most of her time in the natural nutrition company she founded with partners. Her science IQ literally off the charts, Linda not only read the research statistics, but studied the research herself.
At UC Berkeley and UC Davis, she majored in anthropology, but also took a plethora of courses in astronomy, life sciences, calculus, and social sciences (Univ. of Missouri). In 1967, Linda worked in bioinformatics research, then in computer programming and training medical personnel at Stanford Medical Center.
When she was 14, she visited Albert Einstein at his home to discuss the speed of light, evanescent mass, and special relativity. On October 16, 2018, she was named the “inventor” of a US patent for “increasing telomere length in a cell”. By no means pedantic, she was always careful to explain the details in simple terms to others.
A very public civil rights activist, freedom fighter, speaker and human rights writer, Linda has actively supported many important social causes for decades. In the late 1950s, her first “sit-in” was when she and two companions, including a black one, were ordered out of a restaurant because they wouldn’t serve non-whites. She constantly fought for the oppressed, for equal pay and equal rights for all, including many years campaigning for women’s rights, supporting Native American efforts at Wounded Knee, organizing efforts to to stop the Vietnam War, to fight for free child care, for animal rights, climate change, social justice and fair economy in general.
In 1970, Linda co-founded United Stanford Workers’ Union Local 680. Then quit her cushy computer job in 1974 to “walk the walk”, becoming Stanford’s first female interviewer. A decade later, in a long battle to restore the Union, she won the support of vice presidents. Mondale, Jesse Jackson and Cesar Chavez. After more than 20 years of service on the union’s executive committee, she served as vice-president, then president, then chief shop steward.
In 1986, she took it upon herself to travel to Nicaragua to support the Sandinistas where she also met with US officials to advocate for an end to the embargo. In the late 1980s, she worked with a group of contract farm workers on Stanford land at Webb Ranch, who received no pay or benefits. The union helped the workers gain legal immigrant status, through an amnesty program, and the workers later unionized and secured a successful contract. The campaign has gained national and international support.
Although sweet and small in stature, Linda was a “big” person with a huge heart. She loved living in the redwoods, meditating, hiking with her dogs, sitting on the patio with her husband, and visiting family in Dallas. She will be missed by literally thousands of people whose lives she touched.
Donations are welcome at: Walnut Ave. Family & Women’s Center, Santa Cruz (www.wafwc.org), Wildlife Defenders, Washington DC (www.defenders.org)
A public celebration of life is not yet planned.