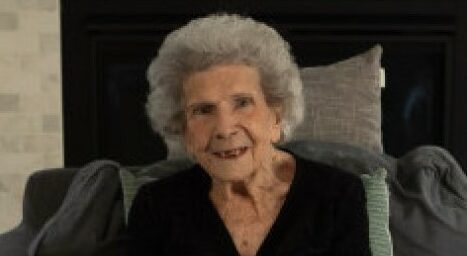 worcester – Lillian J. (Flanagan) Kane, 102, of Worcester, formerly of Marlborough, died on Sunday August 21, 2022 at her home. She was the daughter of the late Michael F. and the late Lily (Beausoliel) Flanagan.

She was predeceased by her husband William P. Kane, her brothers Francis Flanagan and Robert Flanagan, and her sister Mary Louise Rossi.

Lillian was born in Marlborough, MA, where she graduated from Marlborough High School. She attended cosmetology school in Boston, then worked in the old Charm Shop in Marlborough before moving into manufacturing assembly at Raytheon in the 1960s. Lillian was later employed at Data General and was considered a pioneer employee, badge number 78.

She started as an electronics assembler, moving to warehouse where she later became a supervisor until her retirement in 1985.

Lillian got her driver’s license at the age of 66, following the death of her husband, and she didn’t stop driving until she was in her early 90s. She was a an avid gamer and continued to participate in candlelight bowling until the mid-1990s. In her later years, she enjoyed playing bingo and rummikub with her friends at Tantuck Park. She loved to travel, especially to vineyards with her granddaughter. She loved sports and almost never missed a Boston Bruins, Boston Red Sox and New England Patriots game. Above all, she loved her grandchildren and great-grandchildren.