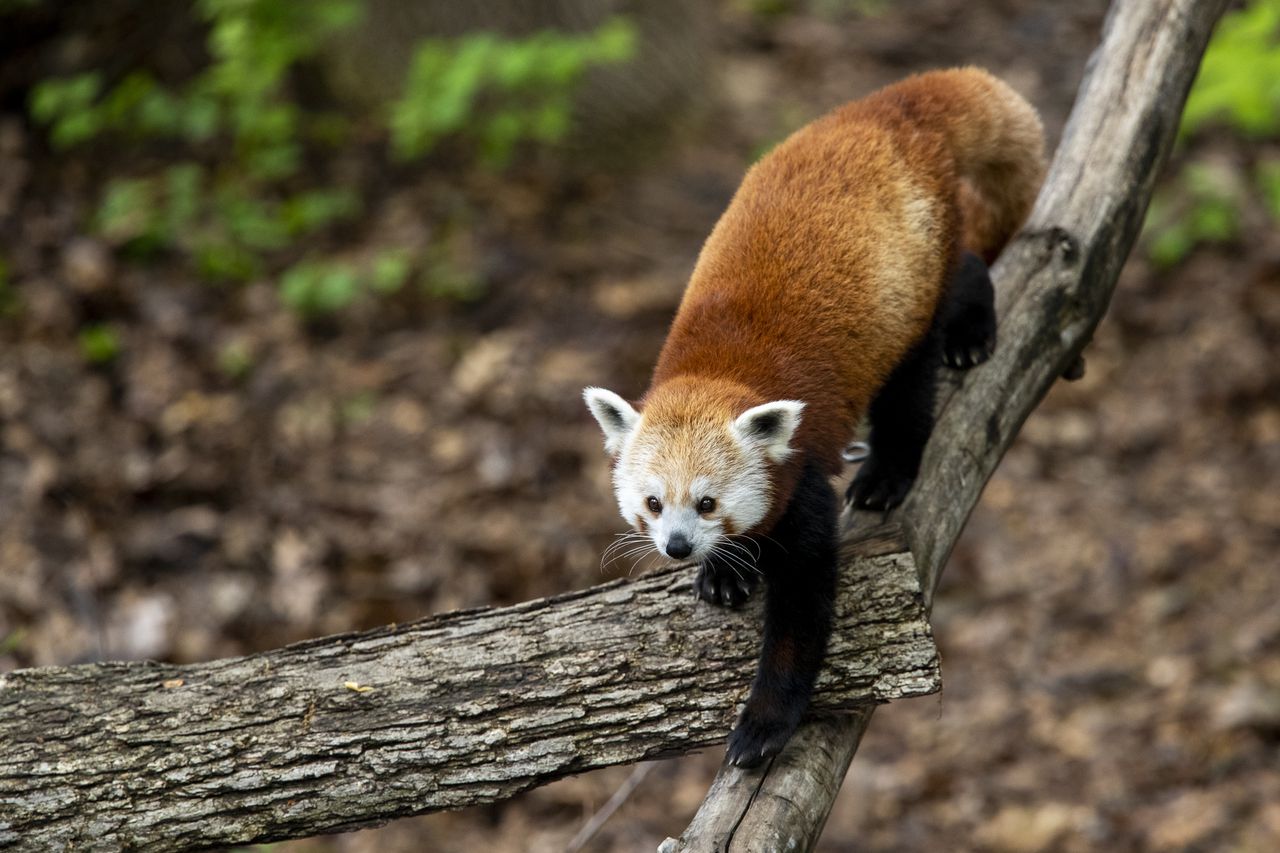 Apparently there was a chemistry between the two because the zoo announced that Wasabi was pregnant on Friday, June 12. The pregnancy is by natural reproduction with Wyatt, according to a press release.

Authorities say red pandas have an estimated gestation period of four to five months. Wasabi is estimated to give birth in late June or early July.

John Ball Zoo CEO Peter D’Arienzo said red pandas are endangered and their survival continues to decline in the wild. He said Wasabi’s pregnancy was important to the zoo and crucial to the red panda species.

“We are delighted to see how important Wyatt and Wasabi’s cub will play a role in their conservation as a species,” he said in a statement.

Officials say the pregnancy will be Wasabi’s first, as Wyatt fathered two cubs in 2016 while at the Chattanooga Zoo.

Veterinary staff at the zoo will continue to closely monitor Wasabi’s pregnancy.

“John Ball Zoo is participating in the species survival plan for the red panda. The red pandas are endangered and it is believed that there are less than 2,500 adult red pandas left in the wild, ” D’Arienzo said.

“This is mainly due to the loss of wild places and the destruction of bamboo forests. Not only are we proud to participate in the SSP, but also our partnership with the Forest Guardians initiative of the Red Panda Network. “

According to the press release, the forest keepers are local people living in the Himalayan mountain regions who are paid to monitor and protect the habitat of the red panda, as well as to educate the communities.

The payment they receive supports their families and their experience helps them build their capacity for sustainable income and environmental stewardship.

The zoo reopened to the public on June 8. It closed in March in response to the ongoing coronavirus pandemic and Gov. Gretchen Whitmer’s stay-at-home orders.

Related: John Ball Zoo to reopen to the public on June 8

The zoo plans to keep the community informed through social media posts about Wasabi’s pregnancy and the birth of her baby, including Facebook at www.facebook.com/JBZoo and Instagram at www.instagram.com/johnballzoogr .

John Ball Zoo is now open for the 2020 season. Members, non-members and MI Bridges cardholders can book their timed ticket online prior to arrival by visiting www.jbzoo.org/visitandtickets. If you have any questions, we encourage you to call (616) 336-4300.

Man and woman killed near Muskegon, their son in custody

Kate Baer: a poet who dreams of herself again as a woman