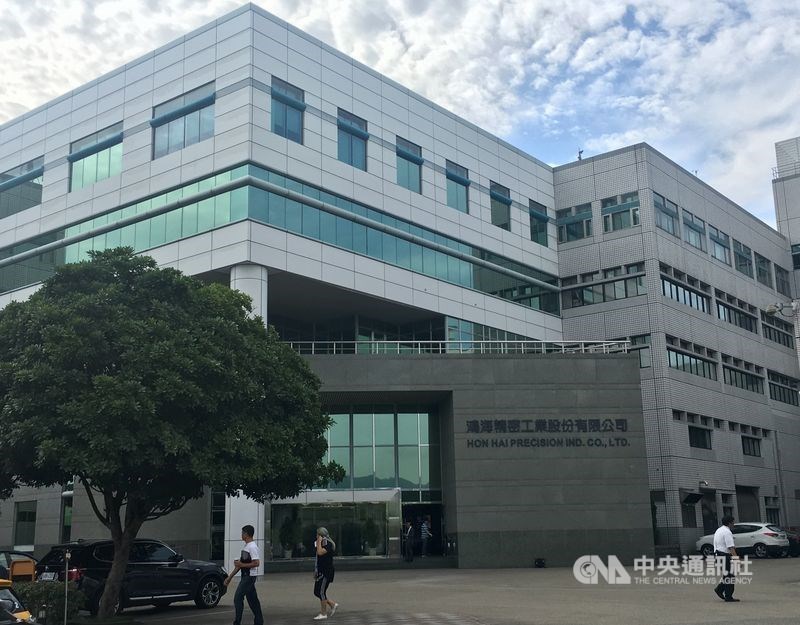 Taipei, December 6 (CNA) Hon Hai Precision Industry Co., the world’s largest contract electronics maker, saw sales climb to over NT $ 600 billion (US $ 21.58 billion) in November , the first time the company’s turnover has exceeded NT $ 600. billion dollars in 2021, but profits were down 8.76% from a year earlier.

According to a statement on Sunday, iPhone assembler Hon Hai, also known as Foxconn in the global market, reported consolidated sales of NT $ 621.71 billion in November, up 12 , 86% compared to the previous month.

The latest turnover was the second highest on record for the company for the month of November, according to Hon Hai.

Hon Hai is said to be the sole assembler of the two larger iPhone 13 models: the iPhone 13 Pro and iPhone 13 Pro Max, both of which appeared to be more popular than the two smaller models. It is also believed to be responsible for 65-70% of assembly orders for the entire iPhone 13 series.

Analysts said, however, that Hon Hai’s year-over-year decline in sales was the result of a lack of raw materials for production around the world.

Hon Hai expects its sales growth momentum to continue in December thanks to strong global demand resulting from a buying spree at the end of the year.

Looking ahead to 2022, Hon Hai said he would continue to invest in his approximately NT $ 20 billion “3 plus 3” initiative as part of his efforts to expand his product portfolio so that the The company could switch from an electronics manufacturer under contract. into one that is able to integrate its hardware and software strengths.

The ‘3 plus 3’ initiative refers to three emerging industries – electric vehicles, robots and digital healthcare – which are being developed through the application of artificial intelligence, semiconductors and communication technologies.

Thanks to efforts in these emerging technologies, Hon Hai has estimated that its gross margin – the difference between revenue and cost of goods sold – will reach 7% next year, up from 6.3% in the third quarter of this year.

Hon Hai said a tight global supply of raw materials for production is expected to continue into the second half of 2022 due to uncertainties including COVID-19, inflationary pressures and geopolitical tensions.

Meanwhile, Hon Hai said its semiconductor business is expected to generate more than NT $ 100 billion in sales in 2023, compared to around NT $ 70 billion per year currently.

(By Chang Chien-chung and Frances Huang)