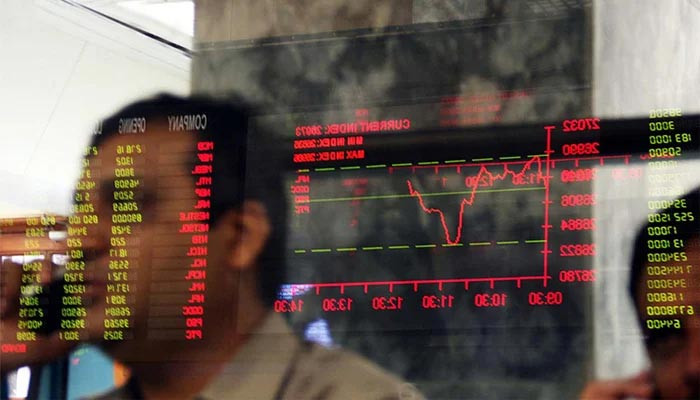 KARACHI: The Pakistan Stock Exchange resumed its upward march on Wednesday, helped by strong economic signals and the announcement of an incentive program for the information technology and telecommunications sector by the government.

On Tuesday, in a historic move, the government approved several incentives to facilitate the information technology (IT) and IT services (ITeS) sectors, freelancers and startups.

The announcement drew investors’ attention to tech stocks as they attracted new flows into the tech sector.

The KSE-100 Index soared early in trading, however, momentum was broken as investors resorted to profit booking which erased some of the gains late in the session. The bullishness of investors allowed the index to end the day on a positive note.

A report from Arif Habib Limited noted that the market remained volatile today due to political unrest and rising commodity prices.

“The cement sector remained under pressure due to rising international coal prices,” he said.

Shares of 348 companies were traded during the session. At the close of the markets, 178 scrips closed in the green, 153 in the red and 17 remained unchanged.

Overall trading volume fell to 186.35 million shares from 186.35 million on Tuesday. The value of shares traded during the day was 6.80 billion rupees.

Rep. Loudenbeck: Two bills are passed by the Assembly