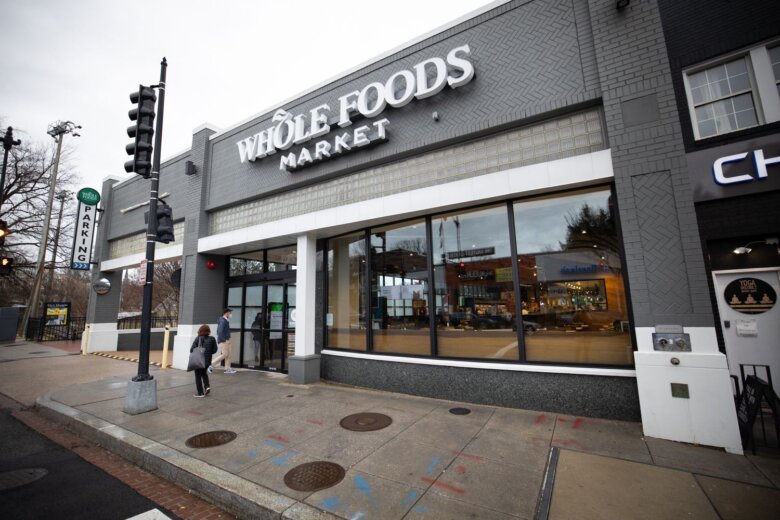 Five years after closing for renovations, the Whole Foods Market store in the Glover Park neighborhood of Northwest DC reopened on February 23.

The Whole Foods Market store in the Glover Park neighborhood of Northwest DC reopened on February 23, nearly five years after it was temporarily closed.

The Glover Park store is also one of the first Whole Foods in the country to feature cashierless payment technology.

the “Just Walk Out” Technology is already an option at Amazon Fresh grocery stores, including several that have opened in the DC area, and smaller convenience-type Amazon Go stores.

Just Walk Out uses a combination of computer vision, sensor fusion and deep learning. Customers have three ways to shop. They can scan a QR code in the Whole Foods app or Amazon; hover their palm using Amazon One, which is similar to a fingerprint; or insert a credit or debit card linked to their Amazon account.

Amazon, owner of Whole Foods, sends customers a digital receipt after they leave the store.

The store also has self-service checkout lanes for customers who do not wish to use Just Walk Out technology.

The Glover Park store, at 2323 Wisconsin Ave., NW, was a neighborhood staple for 20 years. It closed in March 2017 initially after being cited for health code violations, specifically evidence of rodent infestation. It closed with the intention of remodeling.

The owner claimed that a closure longer than 60 days would violate the terms of the retailer’s lease.

After a lengthy legal battle, the two parties reached a settlement agreement in February 2020, resolving the dispute.

Get the latest news and daily headlines delivered to your inbox by signing up here.

© 2022 OMCP. All rights reserved. This website is not intended for users located in the European Economic Area.

As I see it: a second life