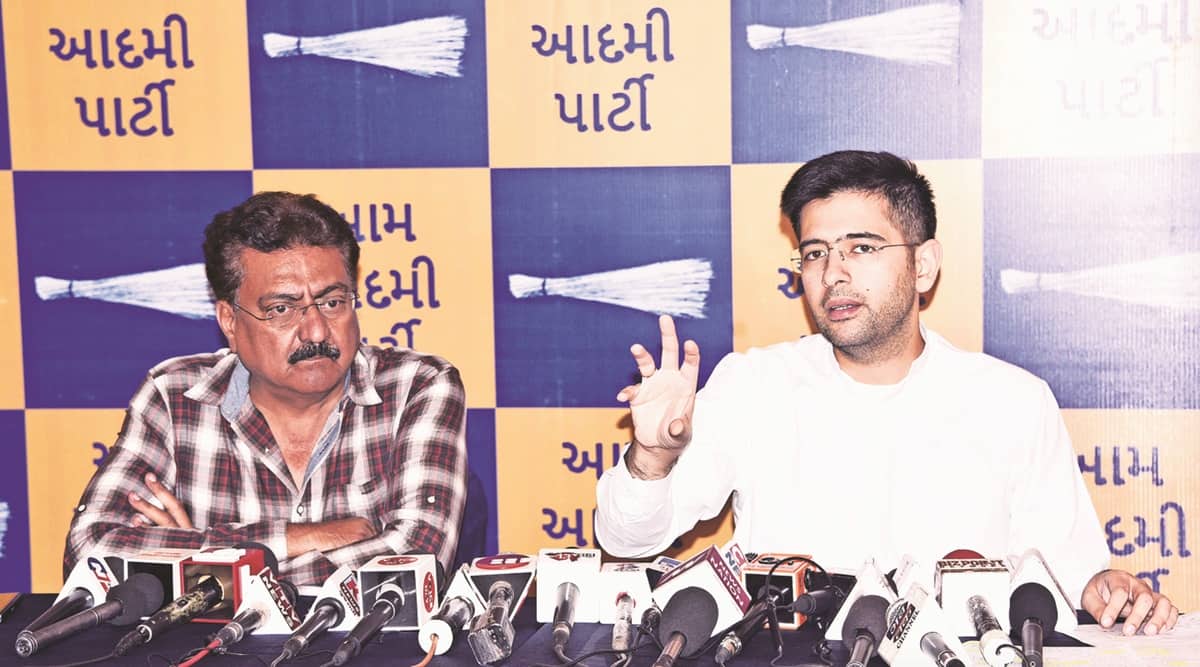 Reacting to Prime Minister Narendra Modi for his remarks that urban Naxals were trying to force their way into Gujarat, the Aam Aadmi Party (AAP) said on Monday that the prime minister had raised the same “bogeyman” during the elections in the Delhi Assembly in 2015, but the people had already decided who deserved to be “sent to the jungle and to the secretary of state”.

“All abuse is thrown at us. It is not for the Prime Minister to use such language,” Rajya Sabha MP Raghav Chadha, AAP Co-Head for Gujarat, said in response to a question at a press conference. in Rajkot.

Earlier today, Modi claimed that ‘urban Naxals wearing another suit are trying to fly in Gujarat’. “These people with the mentality of urban Naxalism first tried everything to block the Sardar Sarovar dam project. Now, sporting new looks, these urban Naxals are (again) looking to establish a foothold…” Modi said without naming Narmada Bachao Andolan Samiti’s AAP or Medha Patkar who was previously associated with the party.

Chadha said: “The Prime Minister used the same words during a rally in the grand Ram Leela Maidan, as I recall, on January 10, 2015, ahead of the (Assembly) elections in Delhi. . He said these people were urban Naxals and should retreat to the jungle. A month later, when the assembly elections were held, the people of Delhi, exercising the power of their franchise, decided who should go to the secretariat in Delhi and who should go to the jungle,” said Chadha.

The AAP won a landslide victory in the 2015 elections in Delhi, winning 67 out of 70 seats, while the BJP only managed to win three.

Chadha, who has also served as a minister in the Delhi government, further said that the AAP will not be drawn into a slang match. “If you mistreat us, we will respond by saying that we will create mohalla clinics. If you call us Naxalites, we will arrange for good education for the children of Gujarat. If you abuse us further, we will say that we will give free electricity to the people of Gujarat.

At a public meeting in Kutch in August, Gujarat Chief Minister Bhupendra Patel called Medha Patkar, who had fought for the rights of tribals likely to be displaced by the Sardar Sarovar dam of the Narmada project. , from urban Naxal. “We all know what political party these people were associated with,” he said.