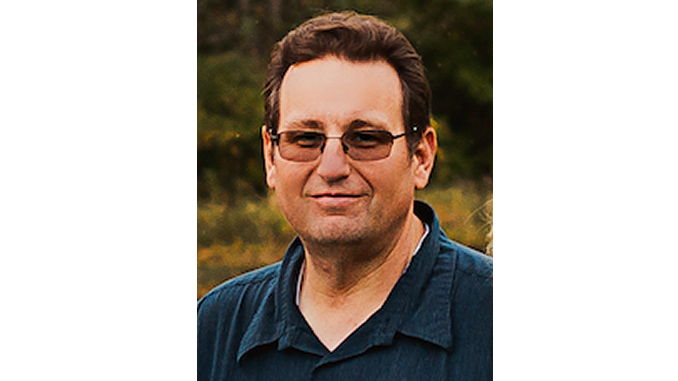 David Adam Pierschbacher, 46, of Greeley, Iowa, died Thursday, May 5, 2022 at Manchester Regional Medical Center. He was born on December 15, 1975 in Chariton, the son of David Sr. and Linda (Thorne) Pierschbacher. When he was young, Dave’s family moved to Waterloo. He was raised by his mother and stepfather, Lauren Call. Dave graduated from Cedar Falls High School and then attended Hawkeye Community College where he earned an associate’s degree in computer programming. Dave then attended the University of Northern Iowa.

On July 10, 1999, Dave married Kari Tibbott on his parents’ farm near Greeley. Three children were born from this union. After their marriage, Dave and Kari made their home in rural Greeley on his grandparents’ farm. Dave began his 22-year career at Community Savings Bank and served as the bank’s vice president of information systems and operations.

Dave joined the Greeley Fire Department in June 2000. He has volunteered in many areas. He was a firefighter I and II, and also became a firefighter and a CPR instructor. Dave became Greeley’s Fire Chief in January 2006, a position he held until the time of his death. Dave was an EMT, serving in Greeley, Edgewood and Guttenberg ambulances. He was also a trustee of the township of Elk. Dave enjoyed coaching football, little league baseball, Ed-Co junior football, and junior football.

Dave’s special love was for his children and his wife. He especially enjoyed attending various children’s activities, pontoon rides on the Mississippi River, family vacations and camping. Whether he was responding to fire or emergency calls, helping a neighbor or buying ice cream, Dave never turned down an opportunity to help.

Survivors include his wife of 22 years, Kari Pierschbacher of Greeley; three children, Megan, Ben and Laura, all at home; his mother, Linda (Lauren) Call of Waterloo; her father, David (Lori) Pierschbacher, Sr. of Peoria, Illinois; stepmother, Sandy (Terry) Frommelt of Greeley; one brother, Jason (Tiffany) Pierschbacher of Clarksville, Tennessee; one sister, Kristy (Jay) Lowenberg of Kalona; his grandmother, Betty Pierschbacher of Chariton; his brothers-in-law and sisters-in-law, Bill (Jana) Tibbott of Cedar Rapids, Caprina (Aaron) Abt of Galena, Illinois, and Jeremiah (Kristy) Frommelt of Harmony, Minnesota; and several nieces and nephews.

Dave was predeceased by his stepfather, Bruce Tibbott; grandparents, Gib and Ruth Call, Frank Thorne and Dwight Pierschbacher; and an uncle, Terry Thorne.

In lieu of flowers, memorials may be given to the Greeley Fire Department, PO Box 164, Greeley, Iowa 52050.

Online condolences can be sent to www.leonard-mullerfh.com.

The future of the Portuguese language “depends on all of us”

Covid memorials offer a place to put our grief