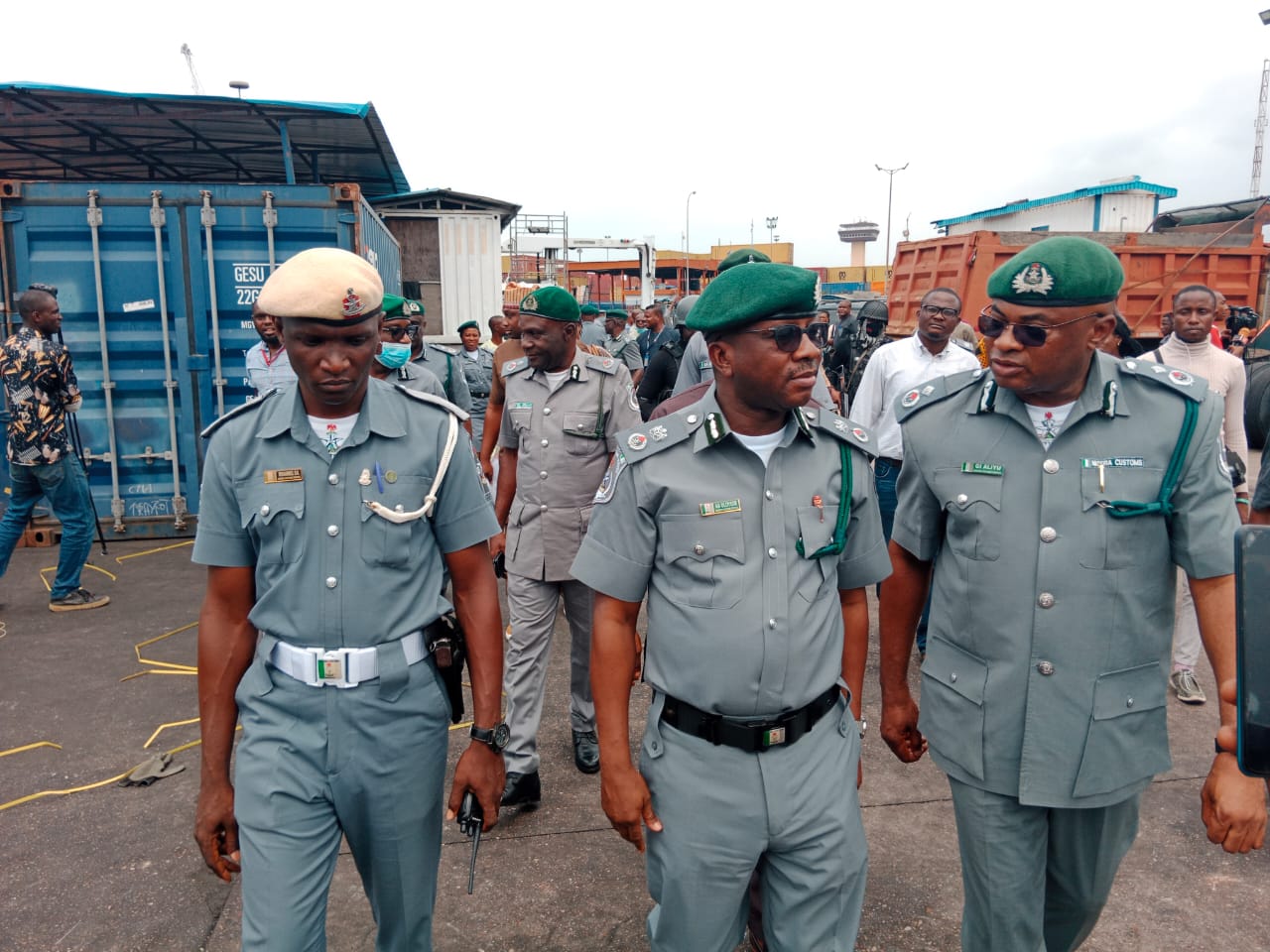 The Tin-Can Island Command of the Nigeria Customs Service (NCS) said on Friday it had arrested a syndicate responsible for the illegal removal of foreign used vehicles also known as “Tokunbo” from the seaport.

The command also said it intercepted 300 rounds of live ammunition, a pistol and two empty magazines alongside a suspect linked to the importation of contraband.

Oloyede further explained that the luck ran out for the four clearance officers when they tried to get another set of imported vehicles out of the port using fake signatures.

He said, “We discovered an incident of falsification of the regional controller’s signature, which is why you have these vehicles here. The standard procedure for the authorization of a non-standard vehicle identification number is that the CAC must approve the use of that particular code. I don’t know why because they applied and their papers are still on my table, but they went ahead to forge my signature on another application.

Explaining further, he said: ‘They were trying to escape and get out of the terminal, the officers who were supposed to free were vigilant enough. Because I sent all terminals a specimen of my signature. So these four trucks belong to four different people and they actually forged my signature. They were apprehended and locked up for some time, but for the respect of human rights, they are currently on administrative bail. But as we move forward, we will definitely pursue them.

“That was the case with the ‘Machine Outside’ era, but when we automated our processes, that stopped. Now, when these unscrupulous agents saw that automation had stopped the activities of the “outside machine”, they now turned their attention to forging signatures. »

Meanwhile, speaking on the interception of weapons and ammunition, Compt. Oloyede said the contraband was turned over to the Department of State Services (DSS) for further investigation and action.

He said: “In the area of ​​law enforcement and anti-smuggling, the command turned over a suspect, a handgun, two empty magazines and 300 rounds of live ammunition to the DSS for action. .

“In addition to the other detentions above, 3,303 pieces of engine batteries were found in three containers falsely declared as three Toyota Haice bus units.”

He added, however, that the importation of the seizures and detained items contravened Sections 46, 47 and 161 of the Customs and Fiscal Management Act (CEMA) CAP 45 LFN 2004, adding that the value of the seizures s amounted to 1.30 billion naira.

In the area of ​​trade facilitation, he said the command continued to provide an enabling environment and collaboration with relevant stakeholders and government regulatory agencies.

Regarding the implementation of the Vehicle Identification Number (VIN) assessment, Comptroller Oloyede explained that the Service’s operational processes during the year under review align strongly with the theme of the International Day. of Customs 2022 to intensify digital transformation by embracing data culture and strengthening data ecosystem.

He said: “This is evident through the implementation of the VIN-Valuation service, a service that relies solely on information stored in customs and third-party databases to determine the value of an imported vehicle for the purposes of determine customs duties.

“VIN Valuation was rolled out in March 2022 as a service that uses information obtained through artificial intelligence (AI) to assign values ​​to an imported vehicle based on its unique identification number, also known as a chassis number.

“The goal of the VIN Valuation Service is to simplify and facilitate the clearance process for legitimately imported vehicles by providing a consistent, fair and neutral value across the board on vehicle makes, models and years of identical workmanship, in accordance with the provision of Article VII of the General Agreement on Tariffs and Trade (GATT) 1994.