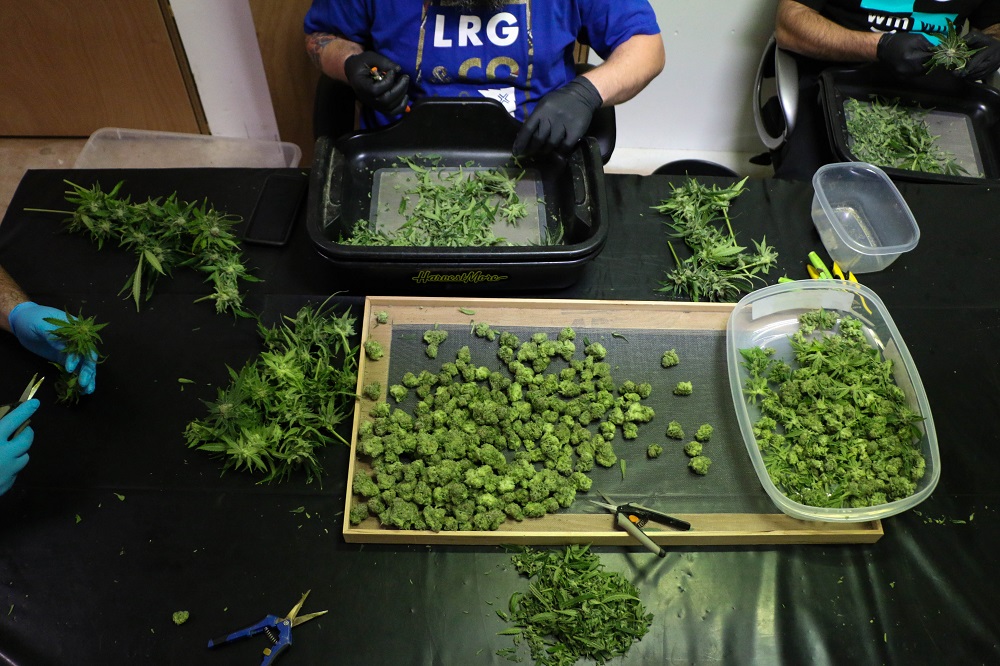 The Sitka Assembly is set to ask voters a marijuana tax question, but it will be a slightly lower tax than previously announced.

When the group met on Tuesday (6/14/22), they agreed on an 8% consumption tax on cannabis products to be put before voters in the municipal elections in ‘october. If the proposal passes, the consumption tax would replace the current 5-6% sales tax and the revenue would go to the Sitka School District’s student activities fund.

Initially, the assembly’s sponsors proposed a marijuana consumption tax that would have gradually increased to 10%. But after hearing the Sitkans’ refusal from the cannabis industry, they reduced the top tax rate to 8%. They also removed language that would have bundled funding with the city’s annual allocation to schools. The promoters want the income generated by the new tax to be additional and specifically dedicated to student activities.

“I appreciate the thoughtfulness with which the co-sponsors have brought this discussion, and their willingness to step aside and talk to the industry and work with them on a compromise and come up with something that, again, you you’re not deciding tonight, you’re just deciding if the voters can decide,” he said. “So I think that’s a great way to approach it.”

But in public testimony, the congregation continued to hear backlash from Sitkans in the cannabis industry. Mike Daly owns Northern Lights Indoor Gardens, a local dispensary and grow operation. Opposing a tax hike, he said the assembly was focusing on the wrong thing. He said if they tackled Sitka’s “black market” for cannabis, they would have double the tax revenue they have now.

“I really believe you’re going to stick with another tax and end up putting us out of business,” Daly said. “But I guarantee you if there were guys making moonshine, or something, and selling it to kids, you would be all over it. But it’s like you don’t care about the black market, and it’s everywhere in this town.

No assemblyman expressed concern about the concept of 8% marijuana taxation, but Crystal Duncan remained concerned about how the funds would be applied by schools. While supporting increased school revenues, Duncan wanted assurances that the funds would be used with equity in mind.

“I’m kind of excited to explore how we can make this more accessible to students who need it, who were turned down a long time ago, because their families, they just don’t have that type of support to offer students,” Duncan said. “Maybe it’s just a difficult thing for us to establish or understand within the framework of this vote and how we would spend this money. But if it’s about fairness, it doesn’t help. ‘equity.

Rebecca Himschoot said it wasn’t necessarily something they could control.

“It wouldn’t be up to this body to create the policies around that,” Himschoot said. “I have the impression that it is the work of the school board. But if we can remove one of the barriers, and one barrier to equity is funding, then that’s what we have the power to do.

And even with the updated language, Mayor Steven Eisenbeisz remained concerned that they wouldn’t be able to guarantee that the funding would truly be “additional,” which was his last hope for the ordinance.

“I don’t see yet how it doesn’t just become income replacement, instead of additional income for student activities,” Eisenbeisz said. “If you want to get a little more complicated, we basically take sales tax, some of which sales tax goes to fund schools… we take it out and… in a very complicated accounting method, we give it back to them for the exact same purpose in one year with a slight increase.

Eisenbeisz asked the sponsors if they had been able to find a way to ensure the money would be used as intended in the future. Assemblyman Kevin Knox said there were no guarantees in governance or politics, and things could always change.

“If you’re not comfortable with this change, or if you don’t like the changes that are being made, you go to the polls, you make changes there,” Knox said. This is going to give our community the opportunity to weigh in and seize this opportunity… the only guarantee we have is death. So from there, we have to trust the process.

Ultimately, the decision to put the marijuana consumer sales tax on the ballot this fall passed by a 5-2 vote with Eisenbeisz and Duncan opposed. It will be presented to the assembly for a final reading on June 28.