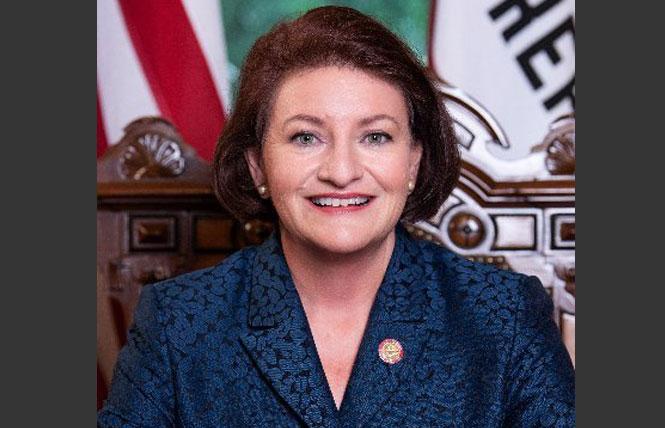 The California Senate on Wednesday approved a $41 million emergency budget appropriation for the state’s public health response to the monkeypox outbreak.

Brought together through the efforts of pro Tempore Senate Speaker Toni Atkins (D-San Diego) and Assembly Speaker Anthony Rendon (D-Los Angeles), with the help of gay Senator Scott Wiener (D-San Francisco), the package was added this week to the 2022 budget bill. The funding is much needed as the state continues its efforts to bring the MPX virus under control and bring it under control.

“I believe there is no time to waste,” Assembly Budget Chairman Phil Ting (D-San Francisco) told the Bay Area Reporter. “California has one of the highest numbers of monkeypox cases in the United States. With any public health emergency, the key is to act quickly with resources. That’s why I support the assignment of millions of dollars in state funding now, so communities and patients get what they need now to fight this latest emerging virus.”

In July, Wiener — who chairs the Senate Special Committee on Monkeypox — organized and led a letter to Gov. Gavin Newsom and legislative leaders asking for the emergency budget allocation.

“We have fought like hell to ensure California responds effectively to the monkeypox outbreak, and this emergency appropriation will be of great help at the state and local level. Monkeypox is a painful disease and isolating, and it has a major impact on the LGBTQ community,” Wiener said.

The San Francisco Department of Public Health said it was eagerly awaiting the award, but was still awaiting important details.

“We look forward to additional state support for testing, treatment, vaccines, education and awareness,” the SFDPH said in an email to BAR. “We are still awaiting information from the California Department of Public Health on when this money will be allocated and what it will be used for.”

The appropriation, part of Senate Bill 179, passed Wednesday night. The Assembly also passed it earlier in the day, 43-8.

“Many thanks to @GavinNewsom, Senate Speaker @SenToniAtkins, Speaker @RendonAnthony, and Budget Chairs @PhilTing & @NancySkinnerCA for stepping up and accomplishing this task. Many deeply appreciate California’s continued commitment to the public health and our LGBTQ community,” the tweet continued.

“It is important to note that the emergency budget allocation will include additional funding – approximately $1.5 million – for community health centers to administer vaccines to eligible patients and community members,” said Thompson in an email announcement also thanking legislative leaders. “To date, APLA Health has administered over 2,000 doses of the MPV vaccine, but has yet to receive specific funding to support these efforts. Health centers have and will continue to be key partners in reaching many of the most vulnerable and underserved members of the LGBTQ+ community, especially black and Latino gay and bisexual men and transgender people.”

During a press conference at the Zuckerberg San Francisco General Hospital and Trauma Center last week, U.S. Senator Alex Padilla (D-California) said between 250,000 and 350,000 Californians may be considered at high risk for MPX, and that the state needs 800,000 vaccinations to stop the spread of the virus.

How the emergency funds will be allocated has yet to be determined, said Raayan Mohtashemi, an aide to Wiener, but the final decision on where the money goes rests with the California Department of Public Health.

“The budget bill includes language that it is the intent of the legislature that the CDPH consult with local health jurisdictions on how to most effectively allocate the resources earmarked for these budget items,” Mohtashemi wrote in an e-mail. -email the BAR.

Local health authorities will receive $15,750,000, including $1.5 million allocated specifically to community organizations for the administration of vaccination clinics. The bulk, $25,679,000, is for state-level assistance for the CDPH, Mohtashemi said.