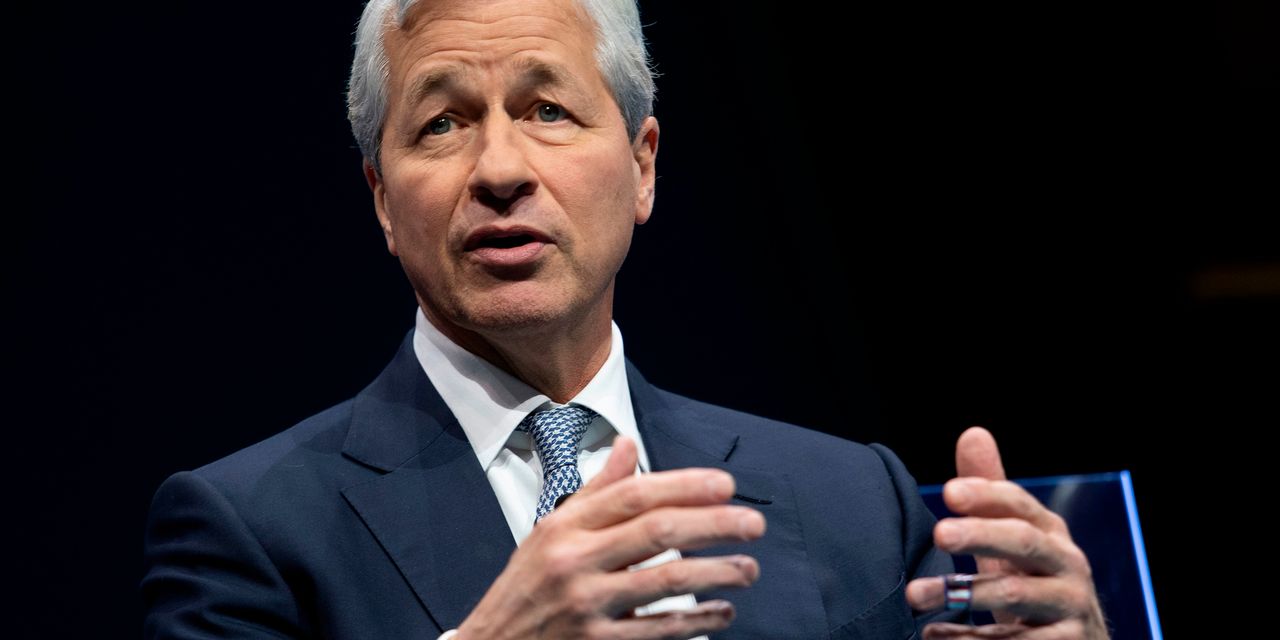 
If there was any doubt that these are the best and worst times for investors, last week’s series of bank earnings reports should have put them to rest. As with so many other things, this can be attributed to the coronavirus crisis and the political response to it.

Institutions with large trading and investment banking operations, such as

(C), enjoyed huge earnings gains. Much of this could be attributed to the Federal Reserve’s aggressive response to the near-collapse in financial markets in March, including cutting interest rates to near zero, buying mortgage-backed securities from the Treasury, and agencies to inject billions of billions into the economy, and taking the unprecedented step of supporting corporate credit markets. The


S&P 500 Indices
the recovery of 40% from its lows and the record issuance of investment grade debt securities were reflected in their results.

The worst could be yet to come, however, as the six largest banks—

(WFC) and the aforementioned four added some $ 36 billion to their reserves for future loan losses. “This is not a normal recession,” commented JPMorgan Chase CEO Jamie Dimon on the bank’s earnings call. “The recession part of it all, you’re going to see it down the road. “

So far, this coup appears to have been delayed by federal government tax measures, including the $ 3 trillion care law that awarded middle and low income taxpayers up to $ 1,200, plus $ 600. per week to improve state unemployment insurance benefits. These measures helped fuel a rebound in retail sales, including the better-than-expected 7.5% gain in June reported last week, in addition to a revised upward increase of 18.2% in May.

This is the story, however. Unemployment remains high, with last week’s jobless claims remaining at 1.3 million and the previous week’s continuing claims at 17.3 million. Sustaining spending depends on government payments; improved unemployment benefits are expected to end on July 31.

Congress is due to return this week to prepare another stimulus bill, which Greg Valliere, chief U.S. strategist to

expects to spark a deadly debate. “Every player has at least one non-negotiable request,” he wrote. President Donald Trump urges payroll tax cuts, Senate Majority Leader Mitch McConnell wants businesses protected from coronavirus lawsuits, and Democrats insist on helping state and local governments, which have laid off workers due to budget crises triggered by collapsing income taxes and increased spending caused by the pandemic.

And that’s before the most recent resurgence of Covid-19 cases in states that have reopened their economies and resisted protocols to curb the spread of the disease, like Florida, Texas, California and Arizona.

Unfortunately, the link between the US economy and the virus has not been severed, warns JP Morgan economist Jesse Edgerton. This is evident in an analysis of a range of real-time indicators, such as the Dallas Fed’s Mobility and Commitment Index; Google searches; and activity on the applications of

Home base, OpenTable and others; as well as the use of Chase’s debit and credit cards, he wrote in a research note. Europe, on the other hand, has largely succeeded in severing the link between the virus and economic activity by adhering to the wearing of masks and contact tracing, he adds.

The optimism shown in surveys by various manufacturers, such as that of the Philadelphia Fed, could be misplaced, writes Steven Blitz, chief US economist at TS Lombard. The expected rebound in the fourth quarter could “disappoint” if the continued high unemployment rate and the virus dampen growth. At least the banks are prepared for worse times, which the stock market doesn’t seem to be seeing. The S&P 500 ended the week just 5% below its all-time high.

Read the rest of the Up and Down Wall Street column:Gold could overtake Treasuries in global hedging battle