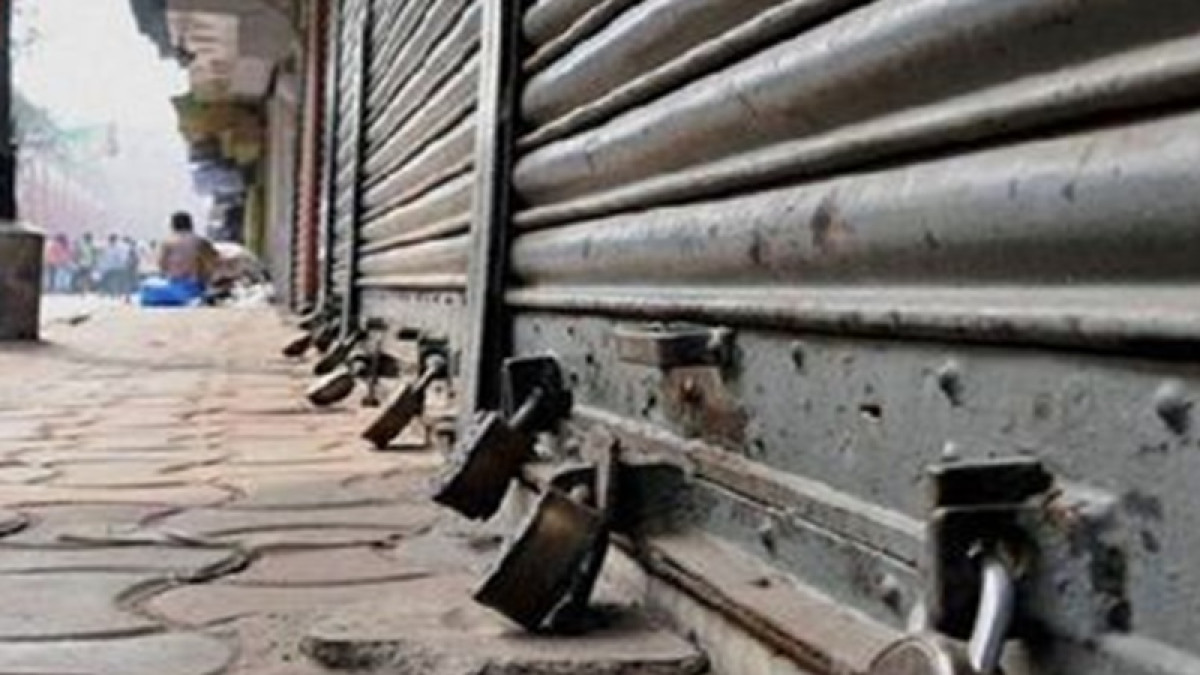 The Jharkhand bandh appeal launched on Sunday by non-tribal groups led by the Bhojpuri Magahi Maithili Angika Manch (BMMAM) to lobby their demand for the inclusion of Bhojpuri and Magahi in the list of recognized regional languages ​​of Dhanbad districts and Bokaro, elicited a mixed response.

Tribal organizations opposing the request, however, called it a complete failure. Members of different non-tribal organizations led by BMMAM took to the streets in Ranchi and other districts in an attempt to make bandh a success.

However, the impact of the call of bandh was missing in the towns, as markets were open and traffic was normal like other days. Bandh supporters were seen marching from Birsa Chowk of Ranchi to Albert Ekka Chowk asking traders to close their shops.

Even though the traffic was almost normal in Ranchi, the number of auto rickshaws plying the streets was less than on normal days.

Non-tribal groups are demanding the inclusion of Bhojpuri and Magahi in the list of regional languages ​​for Dhanbad and Bokaro districts and are also protesting against the use of ‘Khatiyan’ (land records) from 1932 as proof of domicile in the ‘State.

BMMAM chairman Kailash Yadav told the media: “It was a token bandh in the state on Sunday. If the government does not include Bhojpuri and Magahi in the list of regional languages ​​in Dhanbad and Bokaro, the unrest will intensify. We also demand that the government abandon the idea of ​​a domiciliary policy based on ‘Khatiyan’ in 1932.”

JBSS members have been agitating since February 24 near Governor House in support of their demands to implement the Khatiyan-based domiciliary policy in 1932.

The JMM lawmaker assured them that he would ask Jharkhand Chief Minister Hemant Soren in assembly on Monday to meet a JBSS delegation and hear their grievances.

Hembrom told the media, “I am an Adivasi (tribal) first and then a legislator. I asked the assembly that we implement the Khatiyan-based domiciliary policy in 1932 and I also asked the government for a deadline to implement it.

Geetashree Oraon said the government should clarify its position on 1932-Khatiyan. On Jharkhand bandh, she said, “Bandh was a complete failure and even non-tribal people rejected it.

Early last month, the Jharkhand government removed Bhojpuri and Magahi from the list of recognized regional languages ​​of Dhanbad and Bokaro amid widespread protests.

The Department of Personnel, Administrative Reforms and Rajbhasha has withdrawn a notification dated December 24, 2021, which allowed these two languages ​​at the matric and intermediate levels to sit for the recruitment examinations for the district level positions, conducted by the Commission Jharkhand State Personnel Selection Board.

Residents of both districts had rallied under the banner of Jharkhandi Bhasa Bachao Sangharsh Samiti, saying these languages ​​were not widely spoken in the region.