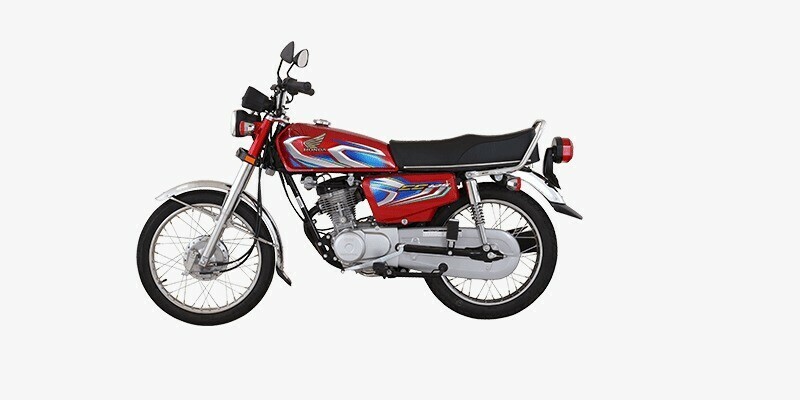 It’s a moment of celebration for fans of the hugely popular CG-125 motorcycle after Atlas Honda announced the 2023 models of the two-wheeler on Saturday.

Dealers say the bike will be available in stores from Monday, September 19.

The new model features a host of changes. However, almost all of them were made in the adhesive sticker stuck on the side of the vehicle.

According to dealers, the company first introduced the CG125 motorcycle to Pakistan in 1992, and the two-wheeler quickly gained popularity, especially for its durability and power in rural and remote areas of Pakistan.

It is pertinent to mention here that the practice of launching a “new model” of two-wheelers with cosmetic changes has been in vogue for 30 years.

What is the price of the new Honda CG125 motorcycle

According to market sources, the price of the CG125 motorcycle is already among the highest of all motorcycles.

With inflation playing a key role in the decisions made by the public at this point, the manufacturer opted only for cosmetic changes to the bike and held prices steady.

Dealers say that the base variant of the new model CG125 (Standard – kick start) will cost around Rs179,900.

Dealers say that Pakistanis prefer the Honda CG125 because of its powerful engine, good power-to-weight ratio, fuel efficiency and durability.

However, dealers believe it is a fact that the manufacturer has compromised the quality of the product over time.

Another reason why many people choose to buy the Honda variant is that the company enjoys a virtual monopoly in this category of motorcycles. The vehicles closest to the CG125 in power are vehicles made by Yamaha or Suzuki.

A second reason is that even at the lowest, the quality of bikes made by other companies was even worse.

“Assemblers are preparing new models of motorcycles with old designs from the last two to three decades,” Shaikh observed.

While many companies are working in this area, he said Atlas Honda’s CB150F, Yamaha’s YBR125G, Suzuki’s GR150 and Suzuki GD110 introduced models that are comparatively better.

When Pakistan is compared to India and China, Sheikh said motorcyclists there are treated to motorcycles with new designs and features almost every year.

He urged local manufacturers to introduce new motorcycle models to the market.