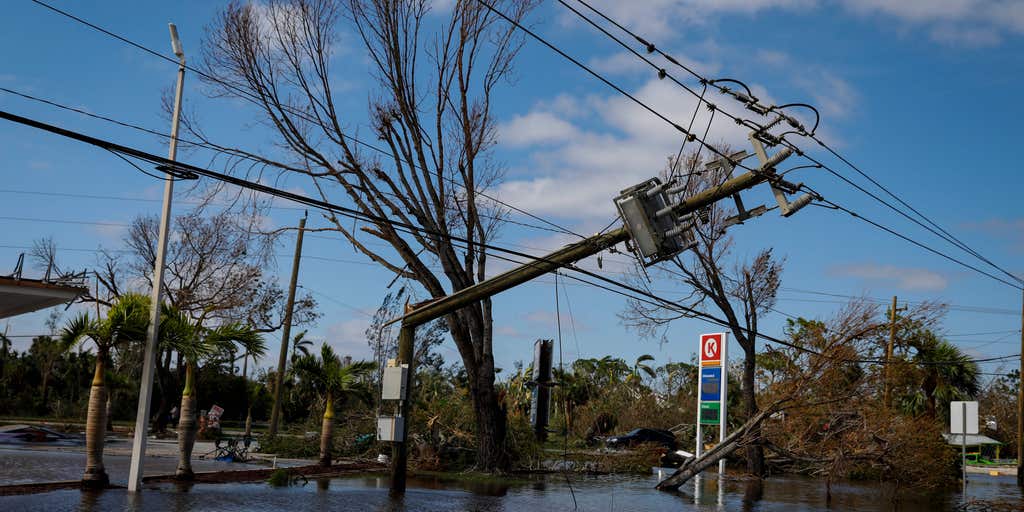 Hurricane Ian knocked out power to millions of utility customers in Florida, but one community was able to keep lights on during the storm using solar power.

BABCOCK RANCH, Florida – The district of the future passed a major test on September 28, Hurricane Ian. The developers purchased the open land in 2006 and hired teams of engineers to create “storm protection, resilient by design,” according to their website.

Residents are now believers after Hurricane Ian blew over 150 mph and dropped feet of rain on the community. Those who weathered the mighty storm never lost power. The story was very different for more than 13 million of their Florida neighbors, some of whom are still in the dark.

How did the power stay on?

“At Babcock Ranch we actually have transmission lines going from the solar panel straight to a substation here,” Jennifer Languell, engineer and consultant for Babcock Ranch explained. “Florida Power and Light has already strengthened this infrastructure.”

FP&L, the utility company partnered with developers and together built and operated the 870-acre solar farm. Underground lines run through the community, so wind, falling trees, and blown debris will never bring down power lines.

The hardened infrastructure Languell says, are tall concrete poles connecting the ranch to the rest of the state. Even when there is no sun to recharge the panels, the ranch has electricity.

“At night, we are fed from a natural gas plant, so Florida Power and Light again feeds us from a different direction at night,” Languell explained. “Or if, for whatever reason, the solar panel isn’t generating what we need. So part of that is building resilience, having multiple sources where we get our energy from.”

As of March 2018, the Babcock Ranch Solar Energy Center was the largest solar-plus-storage project in the United States, according to the company’s report. website.

WHY SOME ELECTRICITY COMPANIES SHUT OFF POWER BEFORE A HURRICANE

Planners “planted” solar-panel trees in the neighborhood so people can charge their devices.

“We call ourselves a living lab. And so we test different types of batteries,” she said. “Technology is moving very quickly on batteries, and we will continue to test and then develop our storage capabilities.”

What makes the city resistant to storms?

In 2017, residents began moving into the community which has 18,000 acres of residential, commercial and retail space. Planners have set aside an additional 73,000 acres for a reserve. They chose the site 30 miles inland and about 30 feet above sea level to maximize Florida’s weather protection.

The town is about 15 miles east of downtown Fort Myers.

Languell said that since the community is relatively new, homes and infrastructure have been and are being built to new building codes. Lessons learned from killer hurricanes like Andrew and Wilma have strengthened wind resistance.

AN OVERVIEW OF DESTRUCTION ON SANIBEL ISLAND AFTER IAN

Data from the press release indicates the homes are safe from a Category 3 hurricane. Ian was Category 4.

The large reserve and use of native plants also reduces storm runoff and flooding. Native plants have evolved with Florida’s tropical climate and are less susceptible to extreme conditions.

The ranch has its own autonomous water and wastewater management system.

HOW TO WATCH FOX WEATHER ON TV

Homes in the Neighborhood of the Future, like this one, hit the market in March 2017. Realtors say home prices were about double that of the average home in the area.

Languell says she is also working with the state to toughen up older neighborhoods.

“I’m already working with the Department of Economic Opportunity on the reconstructions of Irma and Michael, which are two previous storms,” ​​she said. “And we’re building them to meet Florida’s green building codes and certification standards, which takes the building code and bumps it up a bit.”

Languell has won awards for his work in sustainable buildings, land management and land development around the world.

Hitting the books: the women who made ENIAC more than a weapon

Taiwan stocks end more than 1% down amid US volatility, but losses are capped