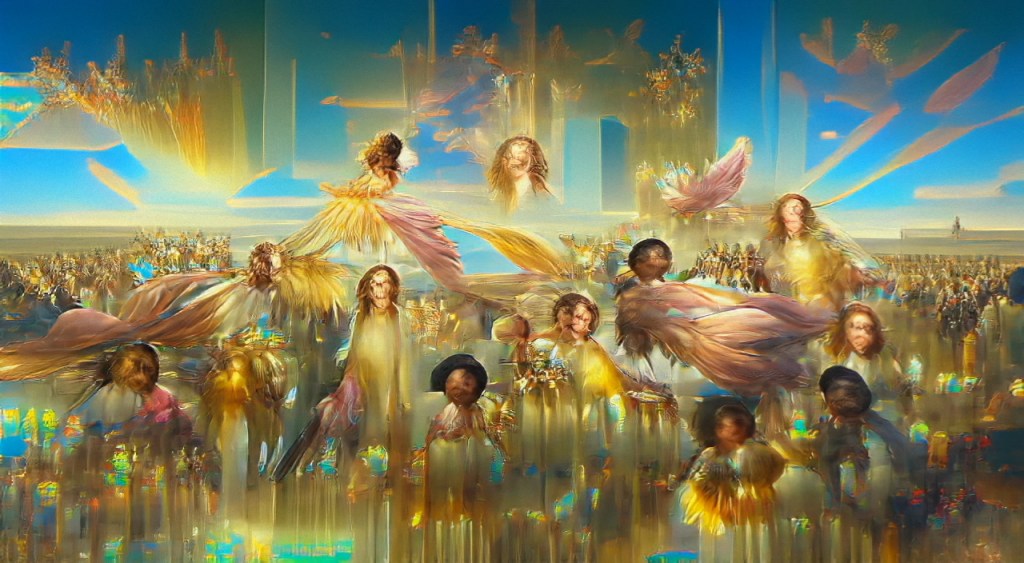 When Christie’s hosted its first Art + Tech Summit in 2018, the topic was blockchain. The second edition, in June 2019, focused on artificial intelligence. Blockchain and artificial intelligence are two big hot topics, and they crossed paths unexpectedly, especially during this year’s crypto art boom. Artists whose work uses generative antagonistic networks (GANs) – algorithms that pit computers against each other to produce original machine-made results that approximate man-made training data – have turned to the plates -cryptographic forms not only to sell their work, but also to explore ways. to critically and creatively engage blockchain.

People who do creative work with AI tend to be self-taught, as artists or engineers, or both. They are drawn to new technologies and ideas that take shape on the fringes of culture. There is a provocative friction between the figure of the handyman outsider and the reputation of AI and blockchains, in the popular imagination, as rapidly growing forms of technological infrastructure with massive resources invested in them, behemoths transforming the shape of everyday life by digitizing more and more. Artists who sell their work as NFTs have been criticized for contributing to an ecologically destructive and toxic libertarian culture; Artists working with AI have drawn fire for standardizing technologies that enable corporate surveillance and predictive policing. Artists who adopt these tools despite the problems associated with them are not utopians. However, they see firsthand the reality that new technologies are not monoliths but evolving systems, teeming with flaws and potentials.

AMPG) is distinguished by its emphasis on top performance, high quality