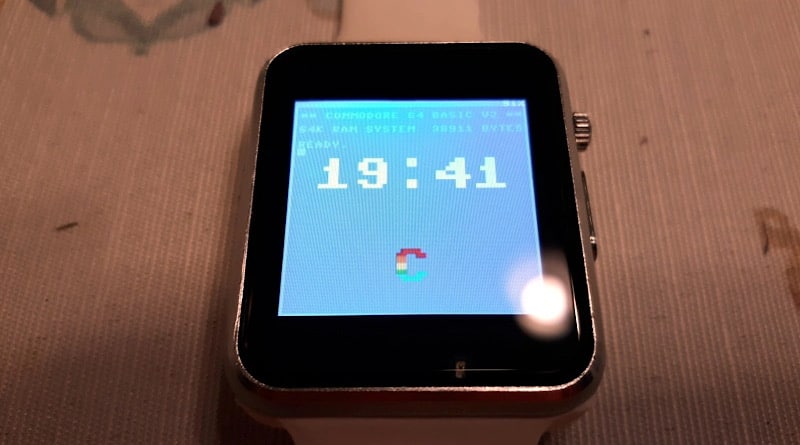 If you’re looking for a Commodore 64 compatible smartwatch, you’re in luck. There is one and you can even use it to create simple BASIC programs.

Those of us old enough to remember the Commodore 64 computer think nostalgically of that time. With a “massive” 64 kilobytes of memory you can create your own basic programs on it and play a range of games. It was the introduction to the incredible technological advances that would come in the following decades.

Introduced in 1982, the Commodore 64 is considered the best-selling personal computer model of all time. The device dominated the low-end computer market for most of the 1980s.

Those days may be well behind us, but not for Nick Bild. As detailed on his Github pagehe created a custom T-Watch 2020 inspired by the Commodore 64 computer. It features a Commodore 64 watch face and a built-in BASIC interpreter.

If you’re used to the watchOS or WearOS system, it’s nothing like it. You won’t get any fancy activity tracking technology or the ability to install third-party apps.

Although you have an accelerometer that counts steps, this device is not about health and fitness. The C64 watch is something that lets you relive the old glory days of computing with something that runs on a BASIC operating system.

Incredibly, in the early stages of the project, Nick used a small on-screen keyboard to display his BASIC programs. Then it switched to using USB. He created a connection that allows users to plug the watch into a computer in order to access the customized version of Tiny Basic Plus that runs on the watch.

And when you want a rest from all the BASIC programming, you can enjoy a Commodore-themed watch face. It looks very similar to what we would see when we replaced our Commodore 64s in the 1980s. The additions are a small battery indicator in the upper right corner and a rainbow-colored “C” towards the bottom. The latter opens a menu with functions that you can access.

Nick recently extended the functionality so you can sync your smartwatch with your Commodore 64. The two communicate through a specially designed infrared port that he has linked to the C64’s user port. Nick built one himself by adopting an Arduino Micro. For example, it demonstrates that you can use it to transfer your step count to your Commodore 64 desktop computer.

Of course, the C64 watch is very limited in what it can do. Of course, it can run simple Commodore 64 programs thanks to its custom software stack. But a Commodore 64 emulator is not on most people’s wishlists.

That said, I’m sure there are a few Commodore 64 aficionados who might be looking to relive the good old days. Moreover, it demonstrates that the good old Commodore 64 is not really different from the devices that we have become accustomed to using today.